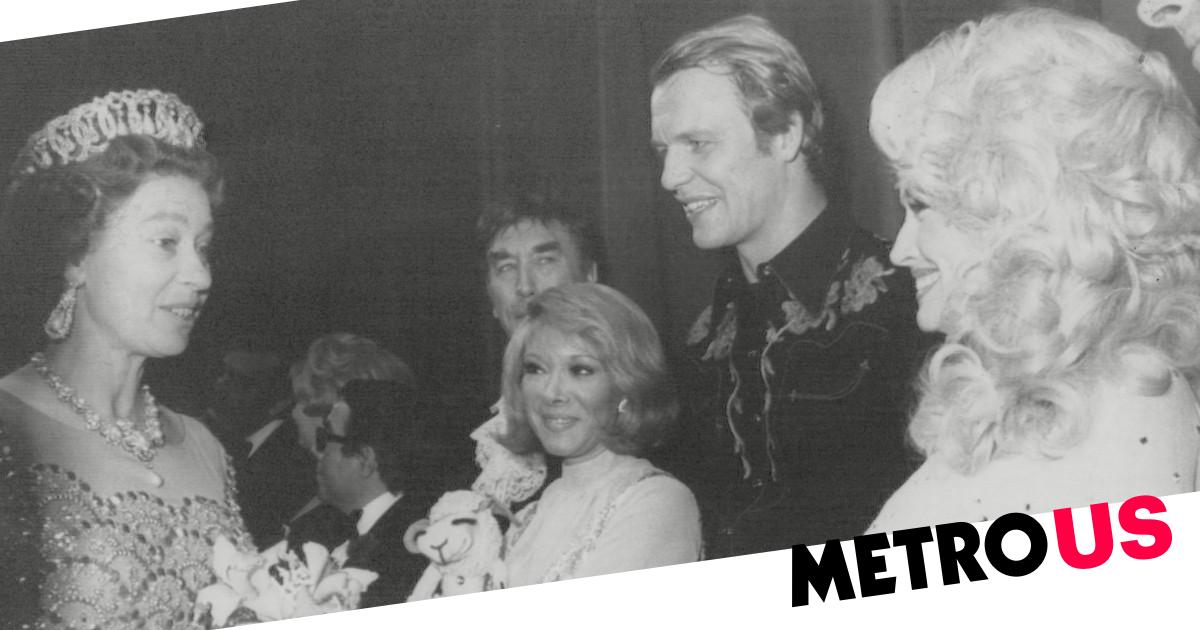 Dolly Parton has added her voice to the many tributes pouring in for Queen Elizabeth II, following her death at 96.

After it was revealed that doctors were concerned for the monarch’s health, Buckingham Palace confirmed the news of her death yesterday.

’The Queen died peacefully at Balmoral this afternoon,’ a statement read.

Charles is now serving as King and made his first official address to the public earlier today, in an emotional video.

Following the news, the 9 To 5 singer recalled the moment she was able to meet Her Majesty in the 70s, sharing a black-and-white photo of the pair together.

‘I had the honor of meeting and performing for Queen Elizabeth II on my trip to London in 1977,’ she penned.

‘She carried herself with grace and strength her entire life. May she rest in peace.

‘My thoughts and prayers are with her family at this time. Love Dolly.’

A string of stars also reflected on rare moments that they had been in the presence of the Queen before her death.

Daniel Craig spoke of the memorable moment that she joined him for the now-infamous 007-themed sketch to kick off London’s 2012 Olympic opening ceremony.

‘She was fun, incredibly game. We had a short space of time and I was a bit grumpy as it was my day off and suddenly I am at the Palace with the Queen at her private chamber.

‘And she improvises a little bit. She was supposed to be sitting at the desk and she asked if she could write, so she pretended to write.’

Sir Elton John was also in the monarch’s presence many times throughout his career, and expressed his ‘profound sadness’ over her death.

‘She was an inspiring presence to be around and led the country through some of our greatest and darkest moments with grace, decency and a genuine caring warmth,’ he wrote.

‘Queen Elizabeth has been a huge part of my life from childhood to this day, and I will miss her dearly.’

Taking to Twitter, Whoopi Goldberg confessed that she was left in ‘awe’ by the moment she met the Queen, while attending the Royal Variety Performance more than a decade ago

‘Several years ago, I met Queen Elizabeth at The Royal Variety Performance of 2009,’ she shared.

‘As she approached me, all I could think of was WTH??

‘I’m an American kid from the projects and I’m in the company of the Queen of England. I was in awe. Rest In Peace. God Save the King.’

Mum who pole danced through pregnancy says it made labour smoother