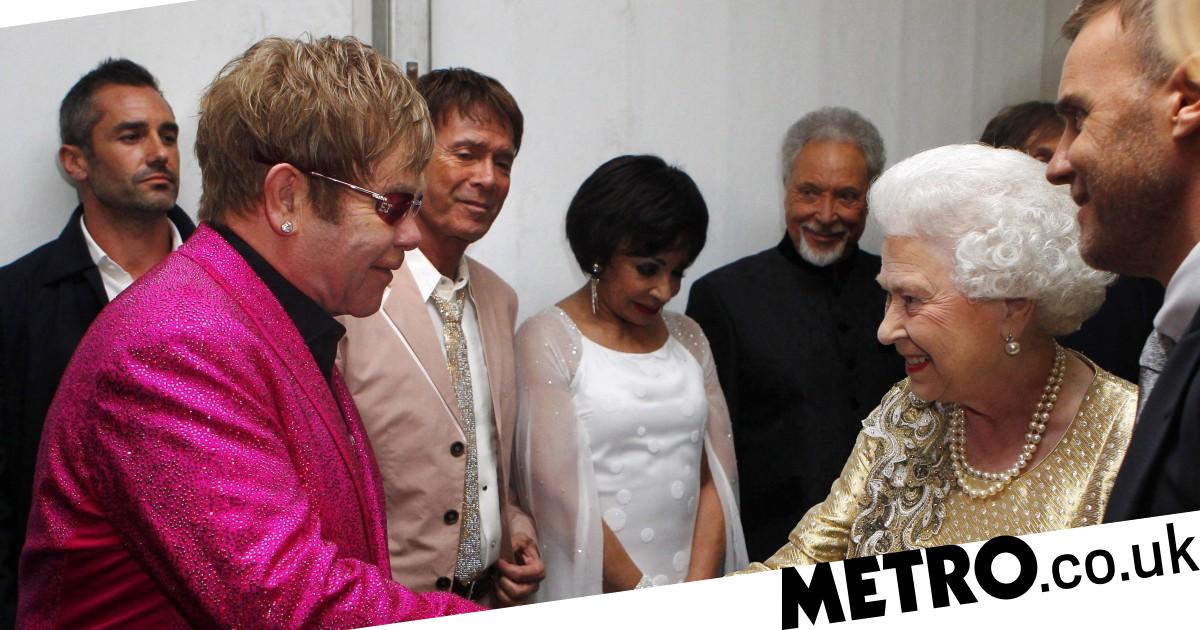 Sir Elton John continued to pay tribute to Queen Elizabeth II at a concert following his death, telling his audience that they were going to ‘celebrate her life’.

On Thursday September 8, Buckingham Palace announced that the Queen – who reigned for 70 years – had died at Balmoral at the age of 96 after doctors became concerned for her health.

Members of the royal family, including Prince Charles, Prince William and Prince Harry, made their way to the estate, with tributes pouring in from across the world and from celebrities including Dame Helen Mirren, Daniel Craig and Piers Morgan.

In a statement, Sir Elton described the late monarch as an ‘inspiring presence’, saying he would ‘miss her dearly’.

He continued to honour the Queen on Thursday evening during a concert in Toronto, Canada, telling the spectators: ‘She was an inspiring presence to be around… she was fantastic. She led the country through some of our greatest and darkest moments with grace and decency and a genuine caring warmth.’

She died at the age of 96 surrounded by her family at her home in Balmoral, including her son and heir to the throne Charles, the Prince of Wales, and her grandsons, the Duke Of Cambridge, Prince William and the Duke of Sussex, Prince Harry.

The musician, who was knighted by the Queen in 1998, emphasised that she ‘worked bl**dy hard’, before adding: ‘I send my love to her family. She’ll be missed… but we’ll celebrate her life tonight with you, OK?’

He then performed a rendition of his 1974 track Don’t Let the Sun Go Down on Me, while photos of the Queen beaming while wearing a purple coat and hat were shown on screens.

When the Queen died, Buckingham Palace released a statement that read: ‘The Queen died peacefully at Balmoral this afternoon.

Earlier in the day, the Palace had announced that the Queen had been placed under medical supervision after doctors became concerned for her health.