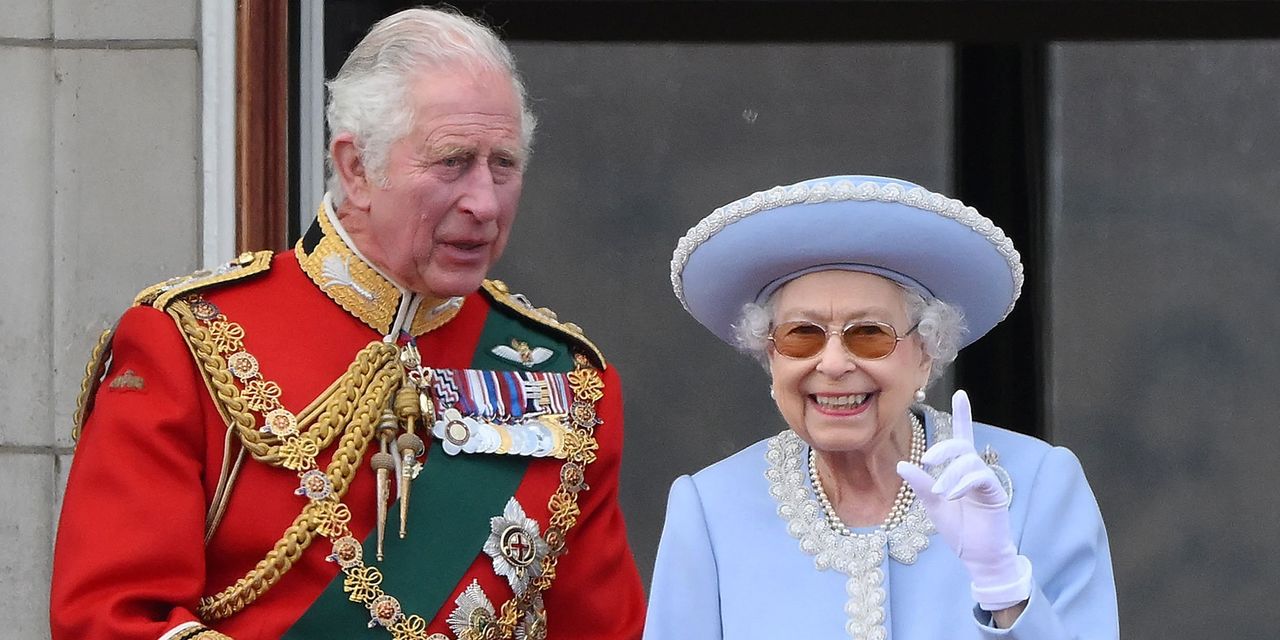 The queen, whose long reign has come to an end after more than 70 years of unswerving service, and the celebration of four Jubilees, was a constant in British life.

Succeeding to the throne in 1952, she presided over a country that changed beyond recognition, not least in the way the nation’s finances were overseen. Gone are business partnerships based on the trust of a handshake, and dominance of private banks and open-cry trading floors. Presiding over this as over so many institutions and customs was Queen Elizabeth II, who died Thursday at 96.

It became a tradition that a monarch made a ceremonial visit to London’s financial district, known as the City, at important moments in the reign. The queen was entertained at London’s Guildhall, home to the City’s government since the Middle Ages, soon after her Coronation.

She was received there and made important speeches at the time of her silver and golden wedding anniversaries and her Silver Jubilee, and the City welcomed her home from important overseas tours, such as the Commonwealth tour of 1953–54.

She was given the Freedom of the City of London as early as 1948, having been afforded the honorary Freedom of the Worshipful Company of Drapers in 1947.

Besides these ceremonial functions and associations, she was always ready to support financial institutions, most notably opening the new building of the London Stock Exchange in 1972 — and living long enough to open another one in 2004.

Though she rose above the fray of business in the same way that she did above politics, she made at least one perceptive remark when opening the New Academic Building of the London School of Economics in November 2008. Describing the turbulence of the markets as “awful,” she asked Professor Luis Garicano why nobody had noticed that the credit crunch was on its way.

“Why did nobody notice it?” she queried. His reply: “At every stage, someone was relying on somebody else, and everyone thought they were doing the right thing.”

The following year the British Academy convened a forum to debate the issue, and that group presented its findings to the queen on July 22, 2019 — that the crisis had been foreseen, but not the exact timing of its onset of its ferocity. In summary, the panel concluded that the crisis came about as “principally a failure of the collective imagination of many bright people, both in this country and internationally, to understand the risks to the system as a whole.”

When the queen visited the Bank of England in 2012, she was shown a £1 million note she had signed as a young girl in 1937, and musing on the latest financial crisis she suggested that the bankers were perhaps becoming “lax.” She used the word “complacency.”

Born in 1926, the elder daughter of the Duke and Duchess of York, and then resting third in line of succession to her grandfather’s throne, Elizabeth had not the remotest suspicion that she would be called to serve as queen until the abdication of her uncle, Edward VIII, in December 1936, by which time she was 10.

Raised in a loving family with her sister Princess Margaret, four years younger, as her closest companion, she had a happy childhood. Even in the war years, the sisters made the best of their isolation together at Windsor Castle. She had met Prince Philip of Greece and Denmark in 1939, and in a sense the only time she acted out of character was in marrying him in 1947. It is understandable why. He was a good-looking prince, who served gallantly in the Royal Navy throughout the Second World War. In a marriage of over 73 years, he proved a robust, sometimes combative, but always supportive husband on whom she had total reliance.

They might have hoped for some years of relative freedom to raise a family, but in 1952 George VI died. The queen immediately accepted her new role and performed it with duty and dignity for over 70 years. It was perhaps her philosophy that if she encountered her father in an afterlife, she could look him squarely in the eyes, in the sure knowledge that she had done a good job for him.

And Prince Philip, who sacrificed the naval career he loved, made it his business primarily to support her and lighten her burden. Thereafter a pattern formed as they welcomed heads of state to Britain, and toured the world. They put aside many personal feelings in the mission to conciliate, to move things forward diplomatically and to smooth the path for future generations, be this with Germany, Japan, Russia and China or more recently Ireland.

The Royal Family gave great value to Britain, but whenever royal finances were discussed there was an opportunity for sentiments from detractors to come to the fore.

Since the reign of George III revenue from the Crown Estates, which comprised land such as Ascot Racecourse, royal palaces, the seabed and prime retail estates, were handed over to the U.K. government in exchange for income from the Civil List. The queen was granted a Civil List for her general expenses at the beginning of her reign, which inevitably proved inadequate as the reign went on. There was an extensive parliamentary enquiry into royal finances in 1971.

In 2012 the Civil List was replaced by the Sovereign Grant, which was calculated as a percentage of the revenue of the Crown Estate. Of course, the queen had considerable business holdings in her own right, her affairs being overseen by Barings for many years.

It is certain that the reign of Queen Elizabeth II will go down in history as one of the great reigns, if not the greatest, in the long history of the British Isles. History will judge it more generously than the way it was portrayed in the Netflix
NFLX,

series “The Crown.” The success of her reign owed everything to her calm and quiet approach, to her restraint, to her willingness to listen, and to accept advice from those placed in a position to give it, and for her steadfast approach to her role.