Queen had ‘special relationship’ with US over 70-year reign 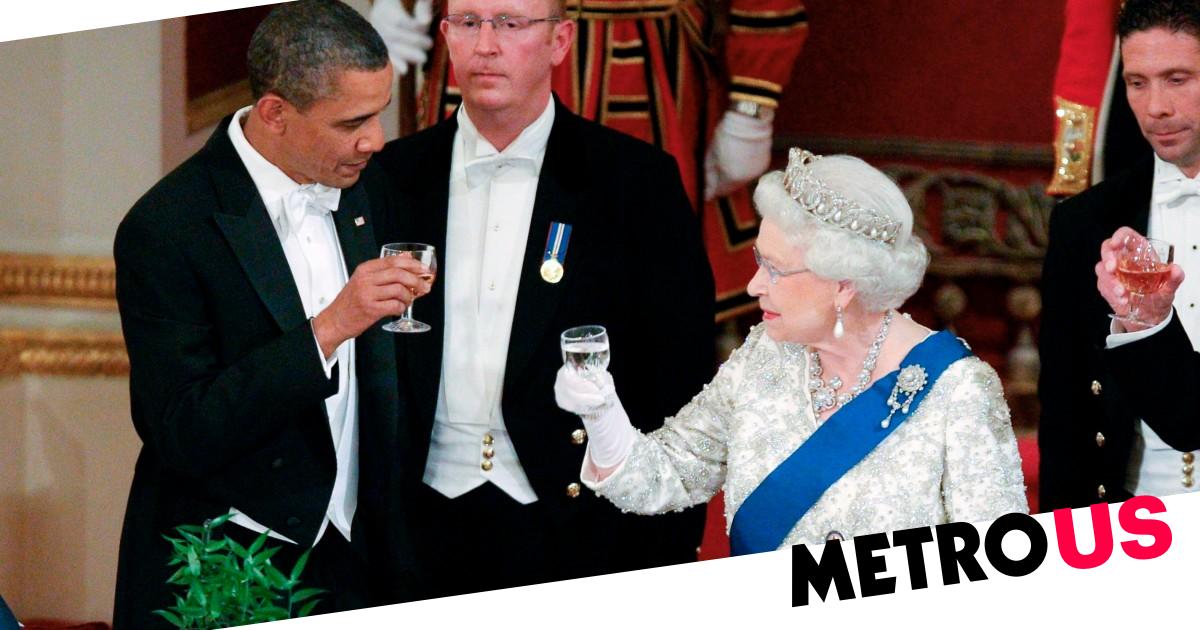 Over the course of her 70-year reign, Queen Elizabeth II had a ‘special relationship’ with the US, having met nearly every American president since Dwight D Eisenhower.

Elizabeth first traveled to the US with Prince Philip in 1951 at age 25 – one year before she would take the throne.

The Queen made six official trips to the US. Three of those were official state visits with public ceremonies. She also made numerous private visits.

The Queen met with every single US president since Eisenhower, save for one – Lyndon B Johnson.

Her first trip to the US saw her and Prince Philip stay at Blair House with President Harry S Truman while the White House was being renovated.

She returned to the US in 1957 to meet Eisenhower at her first official state visit to the country. She also met then-Vice President and future President Richard Nixon.

The Queen had contact with Eisenhower again in 1959, at the opening of the St Lawrence Seaway in Canada.

She met John F Kennedy and Jacqueline Kennedy in 1961 when they visited Buckingham Palace. The president reportedly gave the Queen a photo of himself with a hand-written note on the back reading, ‘To Her Majesty Queen Elizabeth II, with appreciation and highest esteem, John F Kennedy’.

Although the Queen never met Johnson, she did meet Nixon in 1970 at a state visit in Buckinghamshire.

President Gerald Ford met with the Queen at a state dinner in 1976 – celebrating the bicentennial overthrowing the British monarchy. The Ford administration threw a lavish gala, and the president danced with the Queen to Frank Sinatra’s ‘The Lady is a Tramp’ in the State Dining Room.

The Queen met Ford’s replacement, President Jimmy Carter, less than a year after the bicentennial gala. In May 1977, the royal family hosted a dinner for Nato leaders at Buckingham Palace, where Carter met Elizabeth, Prince Philip, Prince Charles and the Queen Mother.

In 1982, Ronald Reagan became the first president to sleep over at Windsor Castle when he visited the UK. Reagan and the Queen bonded over a mutual love of horseback riding, and a year later the Reagans hosted her and Prince Philip at their ranch in Santa Barbara, California.

The Queen took part in another official state visit while Reagan was president. The two remained friends long after Reagan’s retirement from politics.

Queen Elizabeth attended her final state dinner at the White House in 1991, where she met President George HW Bush. In an unfortunate gaffe, a staffer for Bush forgot to lower the lectern for the Queen’s opening remarks on the White House Grounds – meaning onlookers could only see the top of her purple hat.

On that trip, the Queen also addressed a joint session of Congress.

‘I do hope you can see me today from where you are,’ she joked as she opened her speech.

In 1994, the Queen Elizabeth hosted President Bill Clinton and First Lady Hillary Clinton overnight aboard her royal yacht, the Britannia, while it was docked at Portsmouth Naval Base. The Britannia took the Clintons to the USS George Washington, where they then disembarked in Normandy to celebrate the 50th anniversary of the D-Day landings.

The Queen met President George W Bush for the first time in 2003 when the UK hosted him for a state dinner.

President Barack Obama and First Lady Michelle met the Queen for the first time at the G-20 Summit in London in 2009. At the summit, the Queen briefly broke protocol and allowed the First Lady to embrace her.

The Obamas returned for a two-night stay in Buckingham Palace for a state dinner in 2011, then again for the Queen’s 90th birthday celebrations in 2016.

The Queen met President Donald Trump at Windsor Castle in 2018. Trump’s trip to the UK drew large protests across the country, including a march in London that featured a giant inflatable baby.

Trump was criticized by royalists for breaking protocol by turning his back to the Queen, then later revealing some details on what the Queen told him in a private conversation about Brexit.

President Joe Biden first met the Queen when he was serving in the Senate. His first official meeting with her as president came in June 2021, when he and First Lady Jill Biden joined the Queen at Windsor Castle.

Biden also told reporters at the time some details of what the Queen told him, but he brushed off concerns that he was breaking protocol.

‘I don’t think she’ll be insulted,’ he said, ‘But she reminded me of my mother.’

What is the meaning of Hanukkah and how many candles do you light?