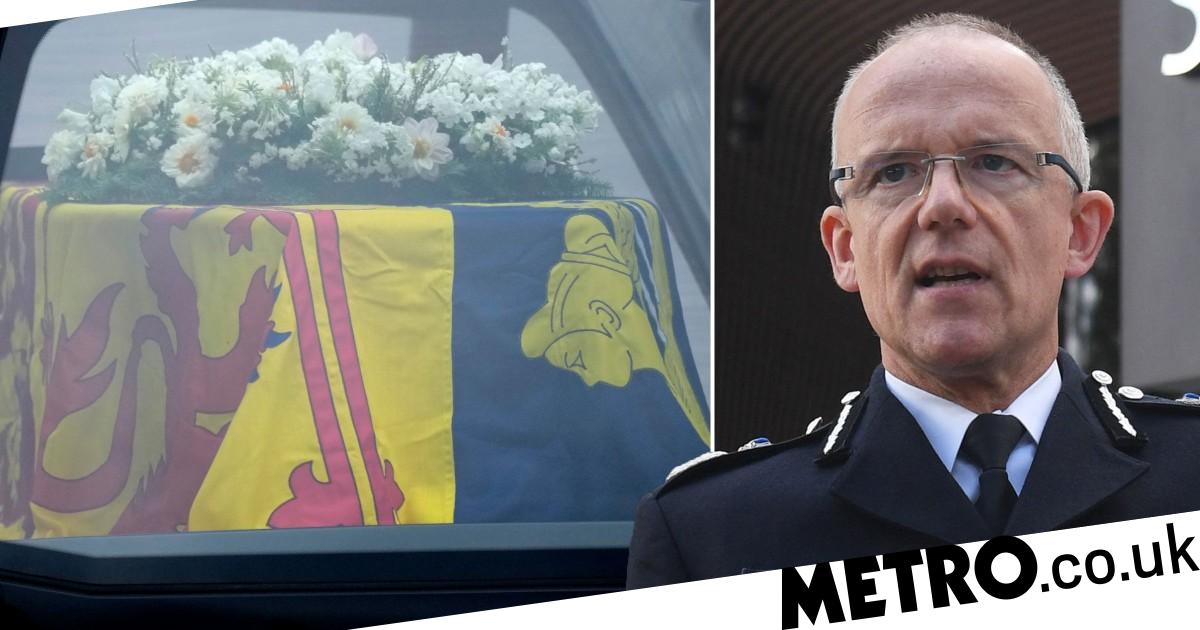 The new chief of the Metropolitan Police has said the Queen lying in state will be a ‘massive challenge’ for his officers.

Sir Mark Rowley, 57, started the role as head of Scotland Yard today, and said the operation is set to involve thousands of officers after ‘many years’ of planning.

He swore an oath to the King before officially beginning his new role leading the country’s biggest police force in London.

The chief is set to oversee the Queen lying in state at Westminster Hall – for four days – before she is moved to Westminster Abbey for her funeral.

Hundreds of thousands of people are expected to pay tribute to the Queen and visit her coffin throughout this week.

Around 1,500 military personnel are said to be on hand to be able to help police over the coming days.

Former chief constable of Surrey Police, Sir Mark told Sky News: ‘It’s a massive challenge for the Metropolitan Police and for me personally, but we have been preparing for many, many years.

‘There are some very diligent and determined people who have put a lot of effort into this, and indeed myself in my previous roles in the Metropolitan Police – five or six years ago I was involved in some of that planning and I have been involved in a review recently.’

Following the Queen’s death last week thousands of mourners have laid flowers outside of Royal residences across the UK, with officers on guard for any major incidents.

It comes after one protester was arrested for holding an anti-monarchist sign as crowds awaited the Queen’s coffin.

A 22-year-old woman was arrested after she was seen holding a sign that read ‘f**k imperialism, abolish monarchy’ outside St Giles’ Cathedral in Edinburgh on Sunday.

While King Charles III had his first security scare as a Royal fan ran in front of his car on the A40 in west London, just minutes after he gave a speech in Westminster Hall.

The man rang alongside the Rolls Royce before trying to get a photo of the new King, alerting security guards following behind.

Sir Mark added: ‘Most of all I have a lot of trust and confidence in the fantastic police officers who are going to support this event and help make it safe.

‘They have been working with colleagues from across Government and the Royal Household and others, as you would expect.

‘We will have a safe event but we will be putting thousands of officers into this because of the level of security required and the millions of people who want to pay their respects.’

He was handed the top job in July, and today took over from Dame Cressida Dick, who was forced to resign after the mayor of London, Sadiq Khan, put her on notice following months of pressure.

In June the force was placed into special measures following a string of scandals, particularly in the wake of the murder of Sarah Everard by a serving officer.