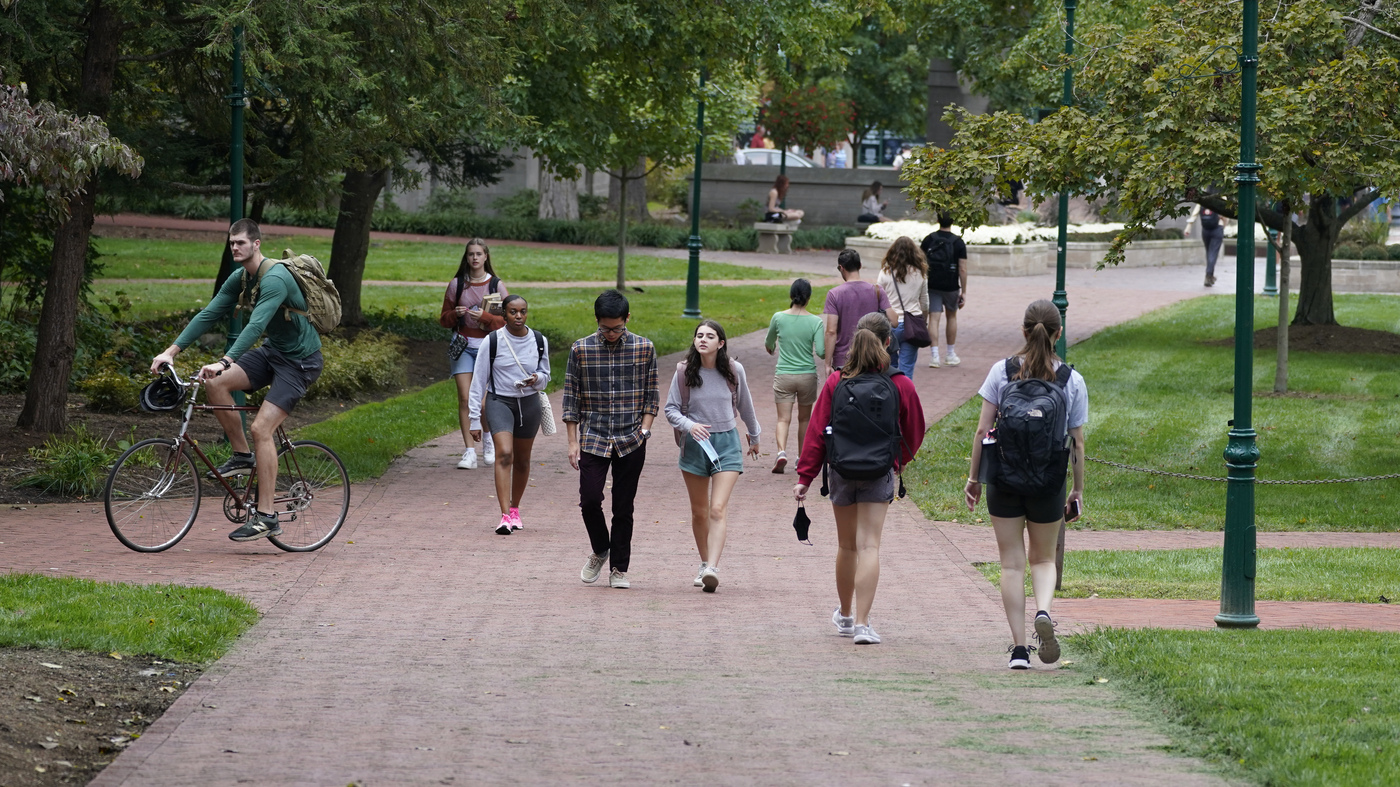 Students walk to and from classes on the Indiana University campus, Thursday, Oct. 14, 2021, in Bloomington, Ind. Indiana will tax student debt relief as income, reflecting similar policies in other U.S. states following the Biden administration’s announcement of a forgiveness plan in August 2022.

Students walk to and from classes on the Indiana University campus, Thursday, Oct. 14, 2021, in Bloomington, Ind. Indiana will tax student debt relief as income, reflecting similar policies in other U.S. states following the Biden administration’s announcement of a forgiveness plan in August 2022.

Nearly half of the country’s governors have signed off on a letter to President Joe Biden asking him to withdraw his student loan forgiveness plan that would cancel up to $20,000 for federal aid borrowers.

“As governors, we support making higher education more affordable and accessible for students in our states, but we fundamentally oppose your plan to force American taxpayers to pay off the student loan debt of an elite few…” the governors said in a letter dated Monday.

The governors, all Republicans, argue that the lowest income Americans will be paying the debts of doctors, lawyers and professors “with the most debt, such as $50,000 or more…”

Though, Biden’s plan caps relief at $20,000 for those who received Pell grants – awarded to low-income students – and $10,000 for students who did not get Pell grants in college. Additionally, individuals who make more than $125,000 are not eligible for the one-time relief.

“College may not be the right decision for every American, but for the students who took out loans, it was their decision: able adults and willing borrowers who knowingly agreed to the terms of the loan and consented to taking on debt in exchange for taking classes,” the letter states. “A high-cost degree is not the key to unlocking the American Dream—hard work and personal responsibility is.”

It further argues that it is unfair to those who previously already paid off their student loans.

The governors also expressed concern that the forgiveness plan could encourage higher education institutions to drive up their costs, and therefore worsen inflation.

“Rather than addressing the rising cost of tuition for higher education or working to lower interest rates for student loans, your plan kicks the can down the road and makes today’s problems worse for tomorrow’s students.”

U.S. Secretary of Education Miguel Cardona told NPR in August the forgiveness plan was birthed largely from a way to undo the adverse effects of the COVID-19 pandemic and will boost the economy as a result.

“Everyone knows someone that’s struggling post pandemic,” he said. “And, you know, if we help folks in the communities so that they – reduce the chances of them going into default, everybody wins. It helps the economy.”

The letter is signed by 22 Republican governors, including:

The governors are also challenging Biden’s power to go through with the plan, saying “As president, you lack the authority to wield unilateral action to usher in a sweeping student loan cancellation plan.”

In seven states, the forgiveness payments could be taxed as income.