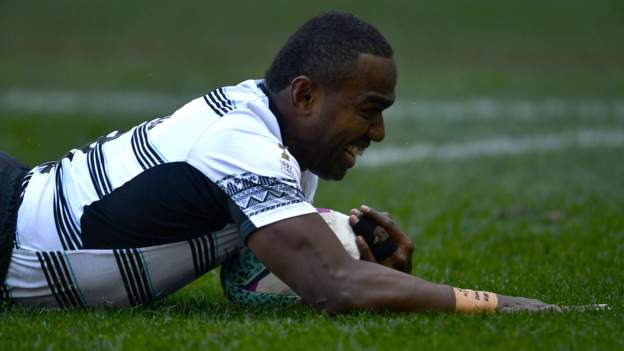 Fiji claimed the men’s title and Australia won the women’s as New Zealand’s dominance in the Rugby World Cup Sevens was ended in South Africa.

Tenika Willison missed a last-minute conversion as Australia beat New Zealand 24-22 to draw level with their opponents with a second world title.

Fiji were out of sight by half-time in the men’s final, building a 24-5 lead.

Akuila Rokolisoa hit back for New Zealand after the break but Pilipo Bukayaro sealed victory late on.

Victory for Fiji at South Africa 2022 is their first in 17 years but they move level with New Zealand, who won the last two tournaments, on three world titles overall.

Ireland took bronze in the men’s tournament with a 19-14 win against Australia to equal their best finish at the tournament.

England – who were runners-up in the last two men’s tournaments – finished ninth, while Wales were 15th and Scotland 16th.

Like their male counterparts, New Zealand women failed in their bid to win a third successive World Cup.