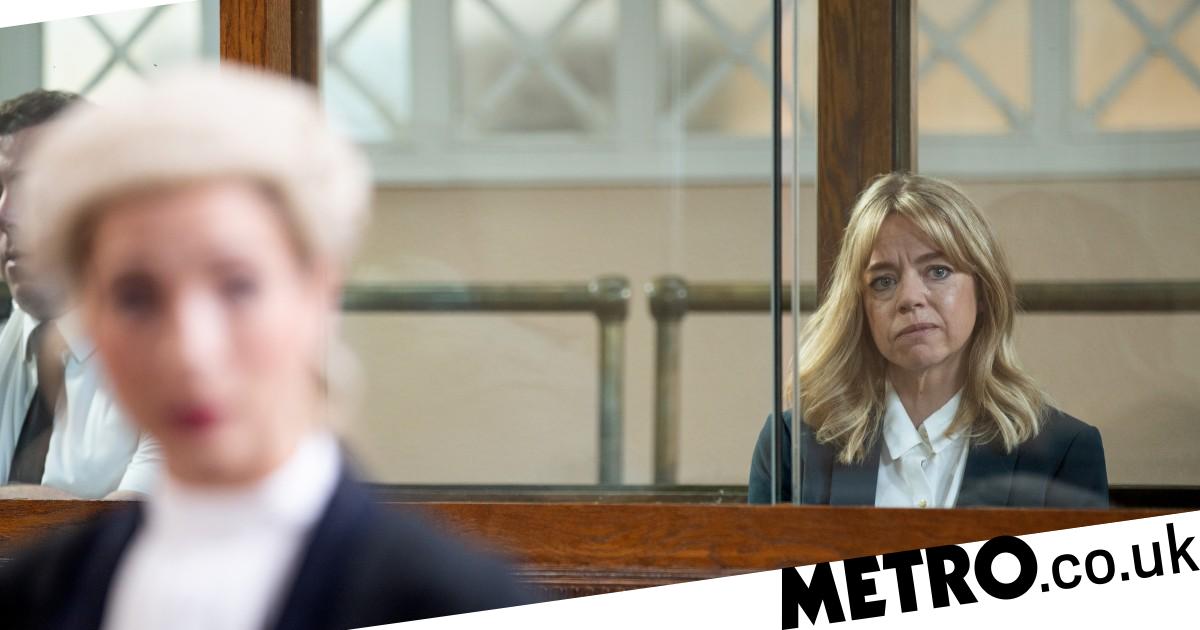 As Toyah Battersby’s trial airs during this week’s Coronation Street, Georgia Taylor isn’t revealing what the outcome will be for her character – but she shared with us that she thinks whether Toyah is guilty or not is ‘a grey area.’

‘I still think it’s very interesting because she didn’t get in the car meaning to kill him or hurt [Imran], absolutely not,’ she maintains.

‘The way I’m trying to understand it is that she had a few seconds where the red mist descended and she completely just lost her mind for a second.’

But will Toyah end up being jailed for what happened? She’s in a very fragile state as the trial starts, as Georgia explains.

‘There are conversations happening between Toyah and her defence barrister and also Leanne (Jane Danson), who’s obviously her number one support. Those conversations are basically “Is this woman too emotionally fragile and unstable to get up and testify? Is there a danger that if she does, she could blurt out God knows what, or incriminate herself or throw herself at the mercy of the jurors because she thinks that she deserves to be punished?”’ she says.

The audience won’t know until the last minute whether Toyah decides to testify, but in the meantime the pressure on her is building.

‘Spider (Martin Hancock)’s done a runner, all eight legs of him, off he’s popped. She’s basically got Leanne, that’s it.

‘People like Kelly (Millie Gibson), Adam (Sam Robertson), Saira (Kim Vithana), all of the prosecution team are all on her case. So yeah, it’s not looking great for her is what I’d say.’