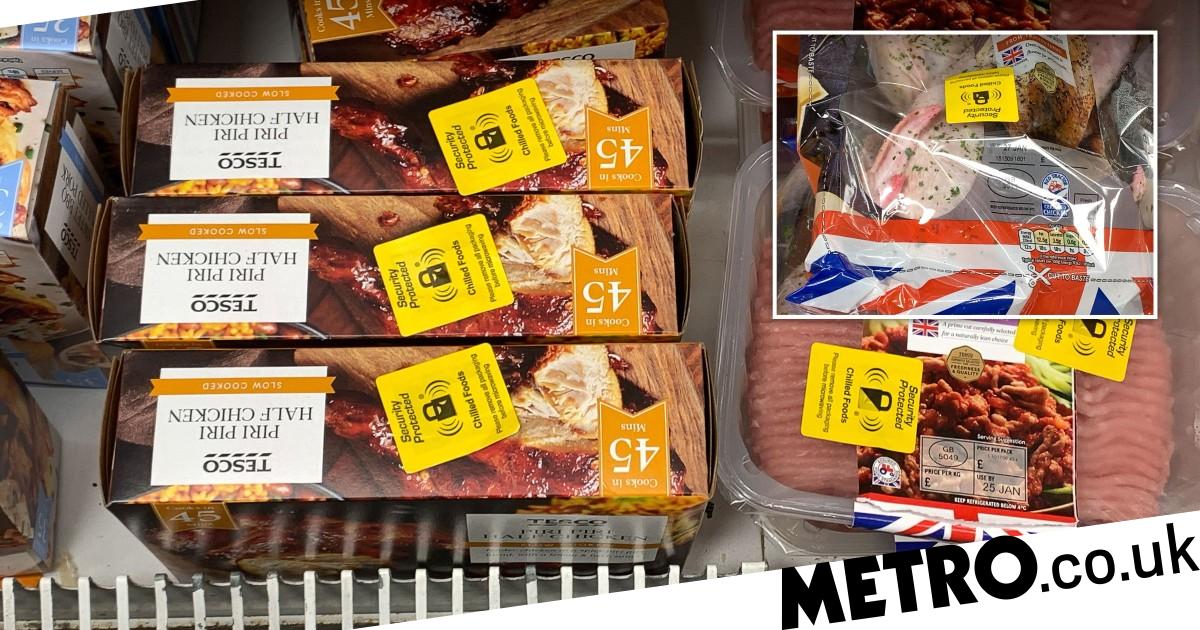 Tesco Express has started putting security tags on chicken in some stores as the cost-of-living crisis starts to hit the shelves of the UK’s biggest supermarkets.

Supermarkets across the UK have been putting security stickers on everyday food items over the last year, and now the meat worth just under £6 is the latest to have extra security.

Shoppers spotted the tags at the store in West Ruislip, west London, over the weekend.

Staff had put security tags on a bagged roast chicken, and a Tesco-branded Piri Piri half-chicken.

If anyone tries to steal the meat, then it will set off an alarm.

Earlier this month another Tesco Express, on Tower Bridge Road, started to lock away sausages and bacon behind a locked door ‘to protect stock and availability’.

Consumer journalist Harry Wallop also posted a photo of a sign telling customers that the steaks were ‘available by request’ while shopping in a central London Aldi store.

The sign read: ‘These items are request only to keep our colleagues and community safe from anti-social behaviour’.

Mr Wallop shared the picture on Twitter with the caption: ‘In my local Aldi UK. You now have to ask shop assistant for them to bring steaks from stock room. To stop shoplifting.

The Telegraph reported that shoplifting cases took a drastic rise in the final three months of 2022, as the cost-of-living crisis pus thieves to target supermarkets.

There were nearly 275,000 shoplifting offences recorded in 2021/22, the new Office for National Statistics reports.

Chief inspector of constabulary Andy Cooke said rising prices will lead to an increase in crime and become a greater threat for policing.