Signs, causes, and how to deal with them 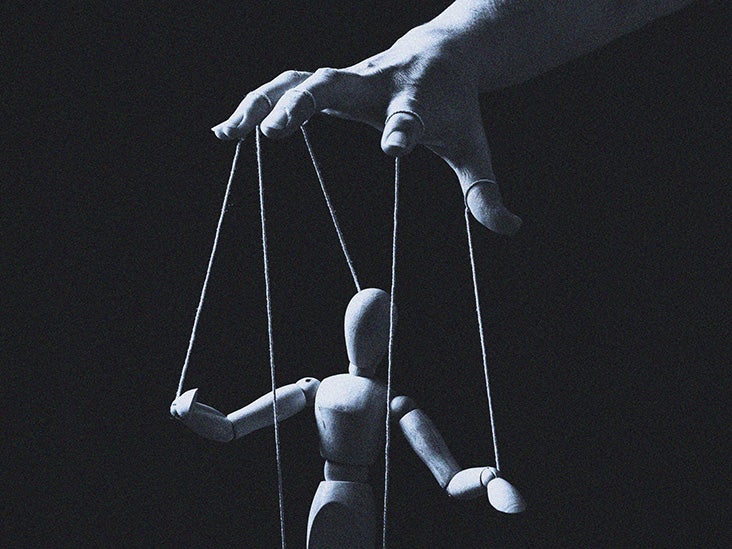 People who are controlling try to assert power over others and control situations. In some cases, a person may adopt controlling behaviors out of anxiety because they worry that things will go wrong if they do not maintain control. In other cases, it may be to assert dominance, which is a form of abuse.

In this article, we describe the signs that a person is controlling and explain how control relates to abuse. We also look at the causes of controlling behavior and how to deal with it.

If someone tries to control situations or other people to an unhealthy extent, others may describe them as a controlling person.

They may try to control a situation by taking charge and doing everything themselves or control others through manipulation, coercion, threats, and intimidation.

People may come into contact with controlling individuals in many areas of life. These individuals can be:

These people may wish to control those close to them, such as their partner or family, or gain power and control over larger groups of people.

The National Domestic Violence Hotline defines abuse as behaviors that a person uses to maintain power and control over another individual. These behaviors may arise in intimate relationships but also appear in the workplace, family relationships, and friendships.

Controlling behaviors may occur in several forms of abuse, including:

Abusive behaviors that someone may use to exert control over an individual may include:

Abuse can manifest in many ways, and more than one type of abusive behavior often occurs in an abusive relationship.

Several underlying factors may drive controlling behavior, such as:

It is crucial to note that although mental health conditions and past trauma can contribute to controlling behavior, they can never justify abuse.

Strategies for dealing with controlling people depend on whether the behavior is abusive and whether it occurs at home or in the workplace.

If the behavior is not abusive, it may be best to begin by discussing it with the person. However, confronting a person with abusive behavior may flare up the situation and potentially be dangerous.

A person can try communicating with a controlling person by:

If, after speaking calmly and openly with someone, they do not listen and continue the controlling behavior, a person may need to consider distancing themselves from the individual.

It is impossible to influence how someone else behaves completely, but people can be clear about the treatment they expect and how they will respond if someone crosses the line.

A person needs to set boundaries, assertively share what they want with another individual, and say “no” when they are unwilling to do something. By setting boundaries, a person regains control and clarifies what they will and will not tolerate.

When someone is controlling, a person can respond in various ways to diffuse the situation. These include:

If someone feels unsafe due to a person’s controlling, abusive behavior, they should consider developing a safety plan. A safety plan can help them safely leave the situation and lower their risk of being hurt.

According to the , a safety plan may involve:

The National Domestic Violence Hotline provides an interactive guide to safety planning, and the Office on Women’s Health details what to include in a .

Emotional and verbal abuse can sometimes escalate to physical abuse, so a person must know the warning signs that a situation could become threatening.

Signs that a relationship has become dangerous include the person:

Everyone has the right to feel safe. Anyone experiencing abuse should seek help to keep themselves and their loved ones safe.

Various helplines, support groups, counselors, therapists, and other resources are available to ensure that people can find safety and recover.

To a degree, everyone wants to control what happens to them. However, if a person needs to control every part of their routine, situation, or environment, they may have anxiety or a mental health condition.

When someone tries to control or manipulate others, this can be a form of abuse.

It is important for people living with a controlling or abusive person to create a safety plan to protect themselves. A safety plan can help them leave a threatening situation safely and be more independent once they have left.