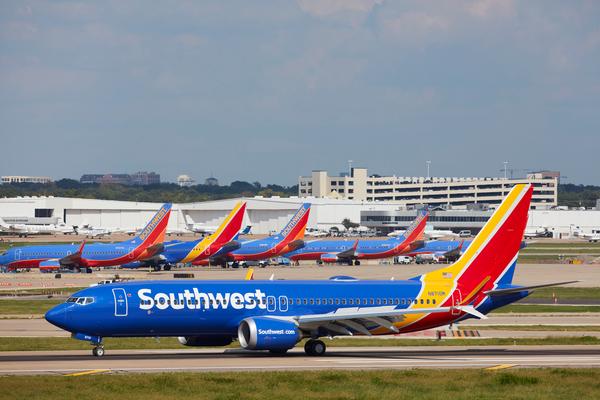 Southwest Airlines published its official flight schedule extending through April 10, 2023, giving travelers the chance to get a head start on planning their Spring Break vacations for next year.

The airline also revealed that it’s reprising many popular seasonal routes to connect spring breakers with their favorite beach and mountain destinations that are ideal for springtime escapes.

“We continue strengthening our network across North America with some of our largest schedules ever for our Denver and Las Vegas Customers, and we’re thrilled to give everyone an ability to book now and plan their spring vacations early,” said Adam Decaire, Vice President of Network Planning for Southwest Airlines. “With dozens of seasonal routes bolstered with two new and never-before-served routes, a destination for everyone is available on Southwest.com for our schedule now extended out into early April 2023.”

Southwest also introduced its largest-ever March schedule from Denver, bringing more ‘Mile High Heart’ to its customers in Colorado. The carrier will operate as many as 270 departures from the state’s capital city daily, which is 27 flights more than are present in February’s published schedule.

Also starting in March, more of Southwest’s signature Heart is arriving in Las Vegas, as the carrier commences its largest-ever schedule from Sin City. The airline’s March 2023 schedule will include up to 243 daily departures, a dozen more flights than will be offered during the month of February.

Southwest is already the airline with the largest presence in Las Vegas, and now customers looking to spend their spring holidays enjoying the many amenities of the city’s famous resorts and casinos, attending events or visiting area attractions and national parks will have more options than ever before.

For the latest travel news, updates and deals, subscribe to the daily TravelPulse newsletter.