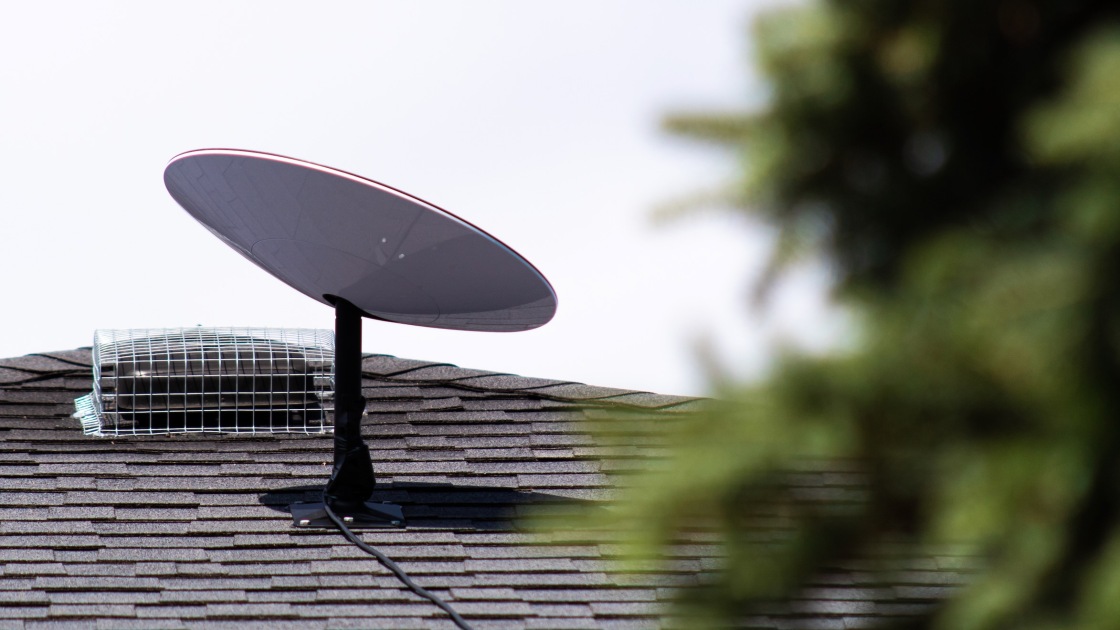 SpaceX is demanding the FCC reverse its decision to deny $886 million in federal funding to Starlink.

On Friday, the company filed(Opens in a new window) a 36-page formal appeal, which alleges the FCC unfairly judged SpaceX’s satellite internet system in determining whether it should receive federal subsidies from the commission’s Rural Digital Opportunity Fund (RDOF).

“The decision should not be allowed to stand, leaving the people in these rural areas across our country behind yet again,” the company said.

In December 2020, the FCC tentatively awarded SpaceX’s Starlink system $886 million to deliver high-speed broadband in underserved areas across 35 states. But after reviewing SpaceX’s long-form application, the commission last month decided to reject the funding, pointing to Starlink’s high costs to consumers and doubts over whether it could supply fast enough speeds.

Specifically, the FCC described Starlink as “nascent LEO (low-Earth orbiting) satellite technology” that faced “recognized capacity constraints.” The RDOF’s goal is to supply gigabit internet speeds to over 85% of the selected rural locations and at least 100Mbps download speeds for all 99.7% of the locations in the coming years.

SpaceX initially remained mum on the FCC’s decision. But on Friday, the company published a formal appeal, which lists the various reasons why the FCC’s decision is allegedly flawed. According to SpaceX, the FCC has a “clear bias towards fiber” over using satellites to deliver high-speed broadband, despite Starlink having a robust record of success and quick deployment.

The company also claims it submitted internal data to the FCC that shows Starlink will be able to achieve the speed goals for the RDOF program by 2025. This included publicly-redacted details on SpaceX’s financial revenues from Starlink and how much capacity the satellite internet system needs to deliver high-speed broadband. 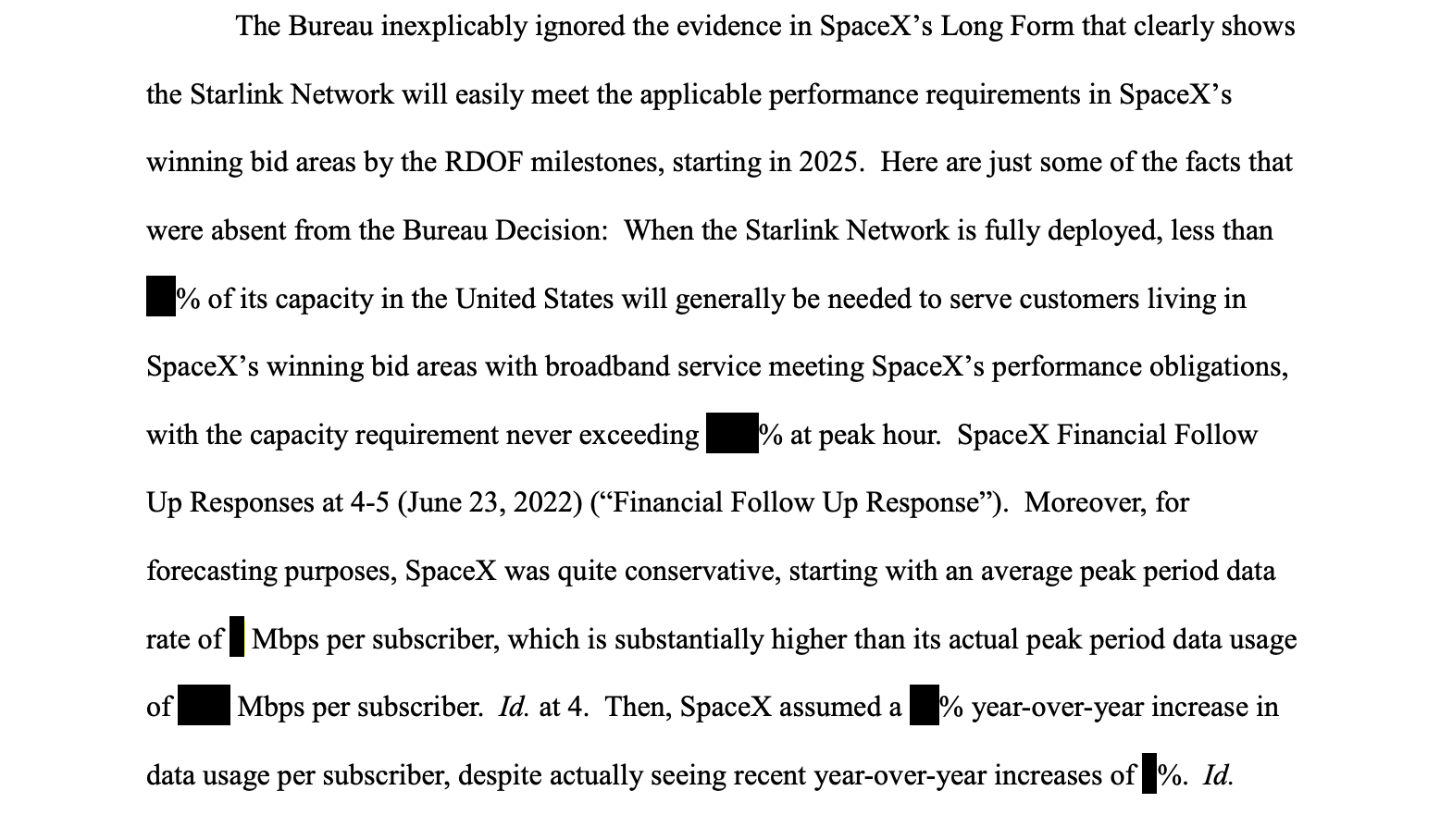 However, SpaceX says the commission decided to rely on third-party data from Ookla’s Speedtest.net “to cast doubt on Starlink’s ability to deliver 100/20Mbps speeds starting in 2025.” (Recently, the Ookla data showed Starlink speeds in the US and Canada falling quarter over quarter, but still up on a year-over-year basis.)

“The Bureau’s endorsement of Ookla’s data over SpaceX’s detailed submissions is unexplained, unjustified, and fails on its own terms,” the company wrote, later adding: “The Bureau’s decision holds SpaceX to standards not adopted by the Commission for the RDOF program. Indeed, these are standards that no bidder could meet today.”

In the filing, SpaceX also pushed back on the FCC over Starlink’s cost. Currently, subscribers to the service have to pay a $110 per month, along with a one-time $599 fee for the Starlink hardware. However, SpaceX is indicating the cost for Starlink would’ve been lower for residents covered through the RDOF program.

“​​The suggestion that Starlink pricing justified the Bureau’s decision likewise makes no sense. SpaceX never claimed it would use its current pricing in the RDOF territories (indeed by law it cannot),” the company said.

On top of all this, SpaceX is questioning how denying Starlink the federal funds will help users in the affected rural areas when no alternative may be available. “Finally, in most areas won by SpaceX, it appears no fiber or 1Gbps provider even submitted a bid,” the company claimed. “Of the 19,233 census block groups awarded to SpaceX, 11,024 (57.3%) did not receive a single Gigabit tier bid.”

The FCC did not immediately respond to a request for comment. But not everyone on the commission agreed with the decision to pull the funding. Last month, Republic FCC Commissioner Brendan Carr said the agency made a mistake in canceling the Starlink funding. “By reversing course, the FCC has just chosen to vaporize that commitment and replace it with…nothing,” he said at the time.

Share
Facebook
Twitter
Pinterest
WhatsApp
Previous article
Who was Sree Narayana Guru and What Were His Contributions to the Society?
Next article
US Open: Casper Ruud beats Karen Khachanov to reach New York final

Cool Tech Gadgets You Can Gift Your Loved Ones This Xmas