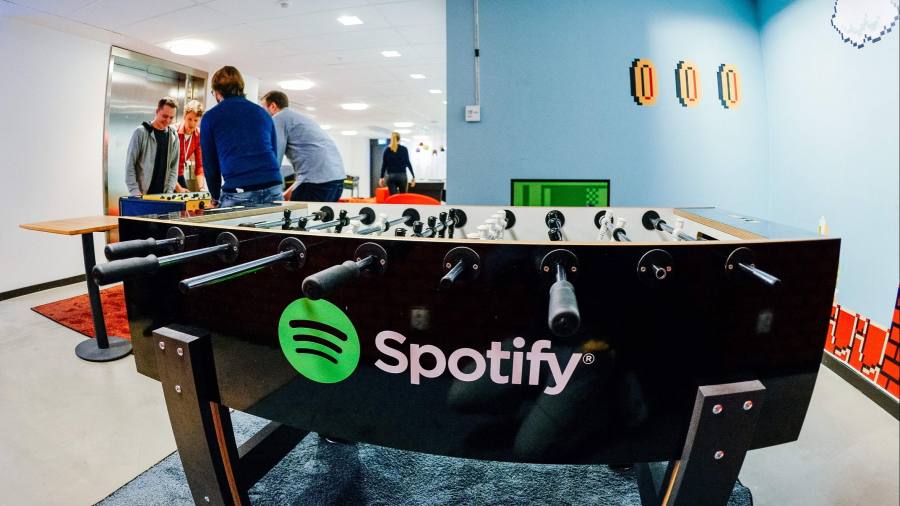 Spotify plans to cut 6 per cent of its workforce — about 600 staff members — as part of a business overhaul, becoming the latest technology group to reduce staff in an attempt to reverse a pandemic-induced hiring spree.

As part of the restructuring Dawn Ostroff, the executive Spotify hired in 2018 to push forward an ambitious expansion into podcasting, will leave.

Under Ostroff’s watch Spotify went on an acquisition spree, spending billions of dollars to buy podcasting companies and striking deals with stars such as Joe Rogan and Kim Kardashian.

Wall Street initially cheered Spotify’s podcast gamble, but later lost patience as the company continued to invest heavily at the expense of profits. Spotify posted a net loss of €160mn on revenue of €8.6bn for the nine months ending September 30.

Chief executive Daniel Ek told staff on Monday that the changes were part of an effort to rein in costs and become more efficient during a “more challenging” economic environment.

“I hoped to sustain the strong tailwinds from the pandemic and believed that our broad global business and lower risk to the impact of a slowdown in ads would insulate us,” Ek said. “In hindsight, I was too ambitious in investing ahead of our revenue growth”.

Shares in Spotify climbed more than 5 per cent in pre-market trading. The stock has dropped more than 70 per cent from its pandemic highs, valuing the world’s largest music streaming company at less than $19bn.

As part of the restructuring Alex Norström, chief freemium business officer, and Gustav Söderström, head of research and development, will become co-presidents.

Spotify’s leap into podcasts lifted the entire nascent industry, sparking a frenzy of deals and higher valuations as Amazon and Apple raced to compete. But podcasting has suffered a correction in recent months, alongside other companies in tech and media, leading to lay-offs and cancellations of shows.

Ostroff last month said the cancellations were “just a matter of course in the television business, to look at shows that are underperforming and reinvest that into new content”. 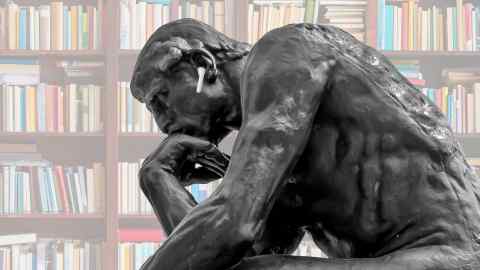 Previously a television executive behind hit shows such as Gossip Girl, Ostroff was critical to Spotify’s effort to expand beyond music. “We are enormously grateful for the pivotal role she has played and wish her much success,” Ek said.

Spotify estimated it would spend about €35mn-€45mn in severance payments to the roughly 600 workers who leave.

Other tech groups to axe staff recently include Microsoft, which said it would cut 10,000 jobs by the end of March, and Alphabet, which is axing 12,000 staff.

Five gadgets to perk up your coffee game