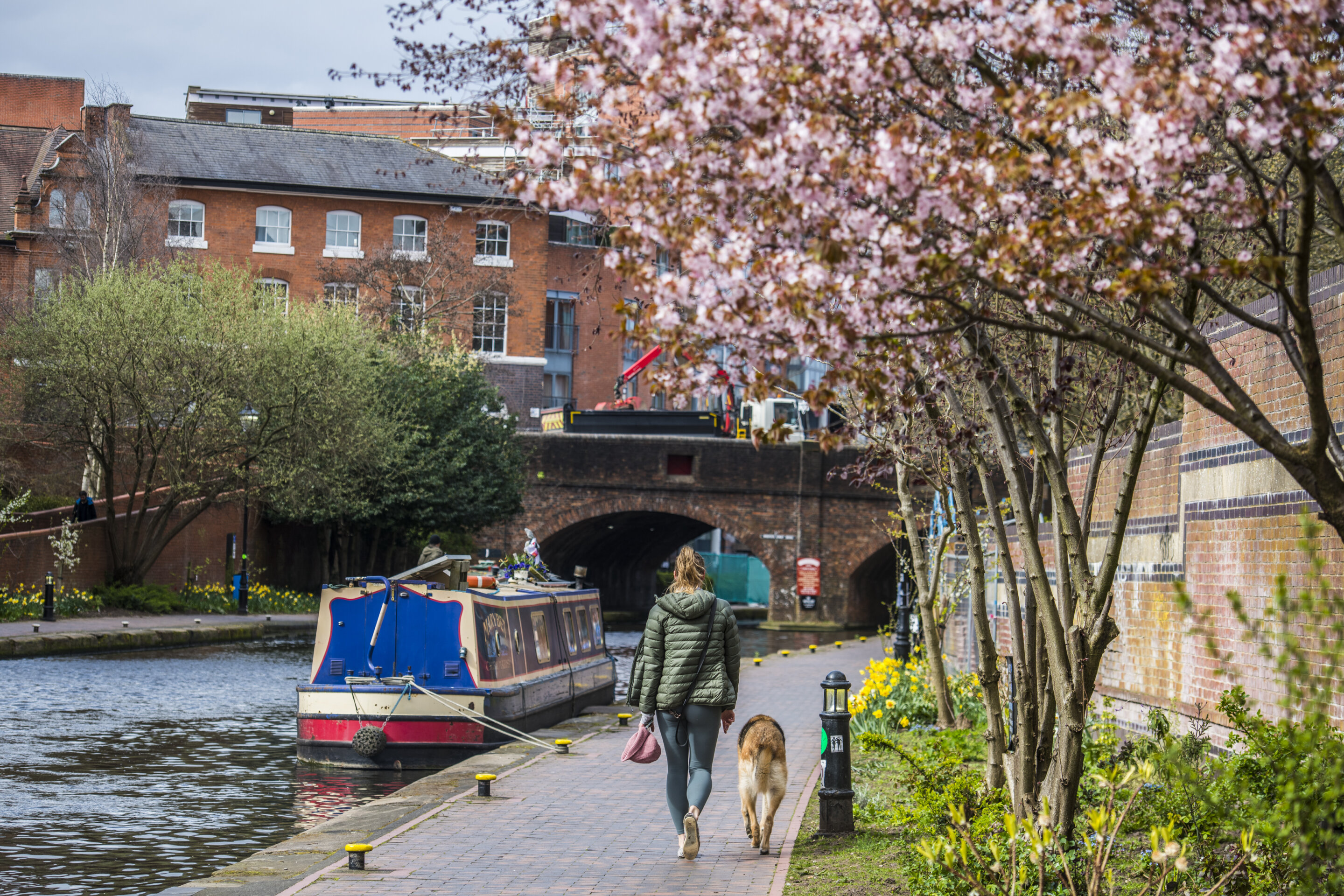 Researchers report that the combination of blue and green space with wildlife, has a greater impact on well-being than spending time in an environment that is characterized by only green space.

Results from this first of its kind study showed positive associations between visits to canals and rivers and mental well-being, as well as a positive experience for feelings of safety and social inclusion relative to all other types of environments (such as indoors, or outside in an urban environment, or near green spaces).

Andrea Mechelli, Professor of Early Intervention in Mental Health, King’s College London, said, “Canals and rivers contain not only water but also an abundance of trees and plants, which means their capacity to improve mental well-being is likely to be due to the multiple benefits associated with both green and blue spaces. Canals and rivers also provide homes to a range of wildlife, and we know from other research that there is a positive association between encountering wildlife and mental well-being. Taken collectively, these findings provide an evidence base for what we thought about water and well-being and support the proposal that visits to canals and rivers could become part of social prescribing schemes, playing a role in supporting mental health.”

The study found that visiting canals and rivers was associated with a greater improvement in mental well-being, and this relationship was still present when accounting for individual variation due to age, gender, education, ethnicity, and a diagnosis of a mental health condition. People also reported continued improvements in their mental well-being for up to 24 hours after the visit had taken place.

Richard Parry, chief executive of the Canal & River Trust, said, “Once the arteries of the Industrial Revolution, canals are today playing an equally important role in society as green corridors that bring nature into cities, improving community well-being and tackling health inequalities, as well as supporting jobs and local economies.

“The powerful mix of blue, green and wildlife-rich space shows that although built for industry, repurposed canals are actually amongst our most important places of health and well-being in our towns and cities.

“With the 250-year-old canal network vulnerable to climate change, keeping them safe and attractive places requires significant ongoing expenditure and—to retain these benefits—it is vital that the necessary funding to maintain their condition is secured.”

Dr. Amir Khan, Canal & River Trust ambassador, said, “As a GP and nature lover, it’s great to see that scientific studies have confirmed what many of us intuitively knew already: that spending time by water, and canals in particular, is good for your well-being.

“An astonishing 9 million people live within 1 km of a canal and whether you’re looking for a free alternative to the gym, a car-free commute to work or the shops, or perhaps just somewhere to hang out with family or friends, I really do urge everyone to find their #HappyPlaceByWater this summer.”

The study is published in PLoS ONE.

Living near water can be beneficial to your mental health: How to add more blue spaces in cities