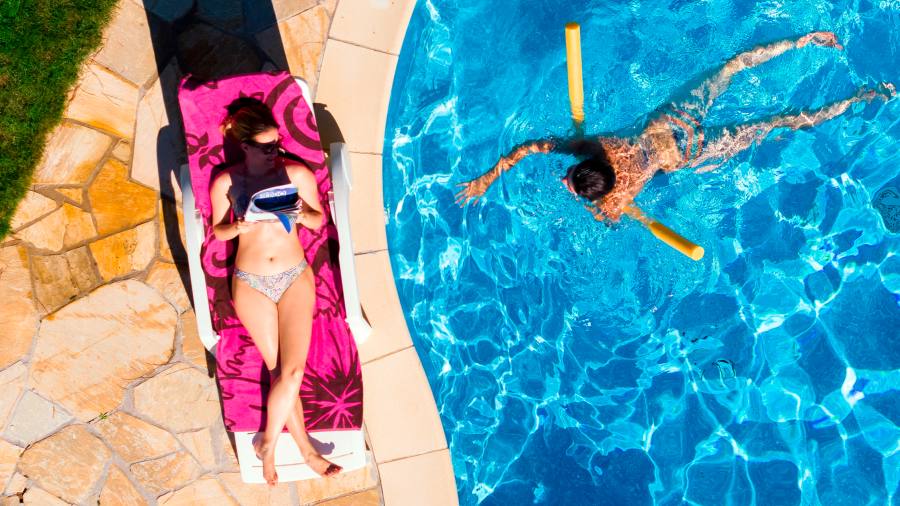 It has been a long and hot summer in the US. As huge swaths of the country swelter under the unrelenting heatwave, towns and cities have struggled to keep a summer staple open: public swimming pools.

A national lifeguard shortage has left many pools and beaches across the country understaffed. In New York City, public pools have limited hours and cut capacity. In Boston, some pools did not open at all. A third of pools in the US have been affected by staff shortages, according to the American Lifeguard Association.

To beat the heat, some are turning to their neighbour’s backyard pool. Enter Swimply. Dubbed the Airbnb of pools, the four-year-old start-up lets private homeowners rent out their swimming holes by the hour. Rates can run anywhere from $20 to $200, although most tend to fall in the $40-$60 an hour range. Swimply takes a cut from each transaction: 15 per cent from hosts and 10 per cent from swimmers.

The company started before the pandemic with four pools in New Jersey. But business only really took off during the public health crisis. Bookings on its platform grew from just 800 in the early days of 2019 to 100,000 last year. People were looking a safe way to socialise outdoors with friends after months of lockdown. For pool owners, it was a way to pick up extra cash. Supply also received a boost from the pool construction boom during Covid. In the US, 117,000 residential in-ground pools were constructed in 2021, the most in more than a decade.

Swimply now has over 25,000 listings available across the US, Canada and Australia. It is on track to double bookings to 200,000 this year. It is still a minion compared with Airbnb, which reported 300.6mn nights and experiences booked on its website last year.

But renting out pools to strangers may not be for everyone. There are safety, liability issues and unhappy neighbours to consider. That could make Swimply a target for regulators and local authorities. It also faces competition. Peerspace and Swimmy are among those looking for a piece of the pool rental pie. Resortpass lets users buy day passes to hotel pools. Many private gyms, now reopened, also have pools. Swimply may be a natural extension of the sharing economy. But it has its work cut out to prove it is not a flash in the pan.