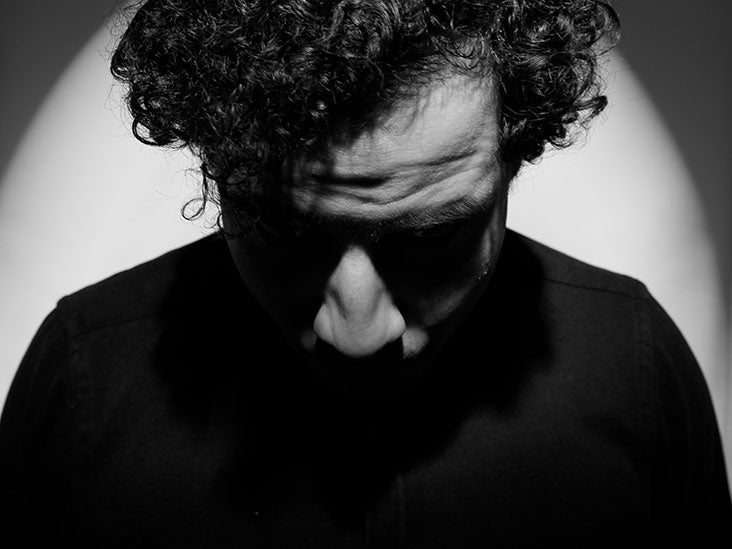 Nose cancers are rare cancers of the paranasal sinus and nasal cavity. They may cause nonspecific symptoms that resemble other medical conditions of the nasal cavity and sinuses. This can prolong diagnosis.

cases of nose cancer occur in people who are 55 years or older.

Nose cancer can be difficult to diagnose early. One reason for this may be that most symptoms of this condition may resemble benign conditions, such as infections.

The treatment for nose cancer may depend on where it is and how far it has spread in the body. Most people with the disease may need surgery and radiation therapy.

Keep reading to learn more about the symptoms, diagnosis, and treatment of nose cancer.

Nose cancer is a type of head and neck cancer. Depending on where the cancer starts, the disease can have many different names.

Cancer that starts in the sinuses is known as paranasal sinus cancer. Sinuses attach to the nasal cavity. The skull contains four sinuses:

Cancer can develop in any of these sinuses, which have their own staging system.

In addition to the physical location of the type of nose cancer, different cells that make up the nasal cavity and sinuses can develop into cancer. These may include:

Knowing what type of nose cancer a person has is essential because there are so many different forms. Each type of cancer can have distinct characteristics and can affect a person’s outlook. They also require different treatments.

The signs and symptoms of nose cancer depend on the type of cancer a person has.

However, signs and symptoms may include:

These signs and symptoms are nonspecific and may indicate other medical conditions, such as infections or nasal polyps.

Therefore, it is crucial to consult a doctor about these symptoms. If an antibiotic or other treatment is not working to resolve the symptoms, another checkup may be beneficial.

Doctors are still unsure about what causes nose cancers. Certain genes can cause them when their typical functions change.

Proto-oncogenes are genes that tell a cell when to grow, divide, and remain alive. Tumor suppressor genes control when cells die. When these functions become disturbed, cells can grow out of control and cause cancer, such as nose cancer. For a cancer to develop, it involves .

Researchers have identified a few gene changes in nose cancers. For example, experts found a deletion in the dystrophin gene segment in people with a rare type of paranasal sinus cancer.

Genes become disturbed when a cell’s DNA becomes damaged. Some risk factors that can lead to DNA changes and possibly cause nose cancer include:

In some situations, people may inherit gene changes from their parents that may increase their risk of developing certain cancers. However, the American Cancer Society (ACS) states that inherited genes are unlikely to cause nose cancer. Instead, the organization states that the genetic mutations from environmental exposure throughout someone’s life may play a bigger role in the condition.

Experts identify several risk factors for nose cancers. While some risk factors, such as smoking, are controllable, others, such as gender, age, and race, are not.

Exposure to certain inhaled substances in the workplace can increase a person’s risk of developing nose cancer. Workplace may include:

With nose cancer, early diagnosis is essential. However, doctors may only find nose cancers when they have grown large enough to block the airways or sinuses. At this point, the cancer may have even spread to other parts of the body.

People who have symptoms of possible nose cancer should speak with a doctor. Most of these symptoms are likely due to noncancerous conditions. However, early diagnosis may be possible.

If the doctor suspects nose cancer, they may refer a person to a specialist, called an otolaryngologist. This is a doctor who specializes in ear, nose, and throat (ENT) diseases. Important diagnostic exams for detecting nose cancer include taking a history, physical examination, imaging, and biopsy.

Currently, no screening tests allow for diagnosing nose cancer early. However, nose cancers are rare, so the does not recommend routine screening for nose cancer.

A physical examination may also occur, where the doctor checks for signs of cancer in the nasal cavity and sinuses. This may include looking for swelling, numbness, and firmness.

Imaging tests may also be beneficial, although doctors do not use them to diagnose nose cancer. These tests may be able to detect if the cancer has spread to other parts of the body. Some examples of imaging tests doctors may use include:

Doctors may also take a tissue sample for a biopsy test. This test can show what kind of cancer the person has and how aggressive it is — factors that might guide treatment.

Biopsies are generally in comparison with other diagnostic tests. The type of biopsy depends on where the otolaryngologist thinks the cancer is and how much tissue they need to collect.

Before doctors determine the most appropriate treatment for nose cancer, they will identify the specific type a person has. Except for T1 mucosal carcinomas, people with nose cancer will require

Surgery removes the tumor and helps drain any of the affected sinuses. The person then receives high doses of radiation therapy. Some people will require this treatment for the lymph nodes around the neck if the cancer has spread. Early tumors may not require extensive radiation therapy.

If treatment is not effective, doctors may prescribe chemotherapy. Chemotherapy drugs that may yield more positive results include:

Radiation therapy can cause certain side effects, including hypothyroidism. Doctors will check for low thyroid hormone in people receiving radiation therapy for nose cancer.

Cancer survival rates indicate how long people with a specific cancer are still alive after a certain time after their diagnosis compared with people without the disease. While these rates are estimates, they can help individuals understand how likely their treatment will be effective.

The following table lists the survival rates from the ACS using data from . The stage of cancer is an important factor for estimating survival rates.

These survival rates do not take all factors into account, such as:

Treatments also improve over time, so survival rates are better for people receiving a diagnosis today compared with 5 years ago.

People should consult a doctor if they have symptoms that suggest nasal or sinus problems. However, having these symptoms does not mean a person has nose cancer. They may be symptoms of other medical conditions, such as nasal polyps, allergies, or infections.

A person may need help from an oncologist or a cancer specialist if their doctor thinks they have cancer.

Doctors have identified many different types of nose cancers. Each type requires different treatments and has varying survival rates.