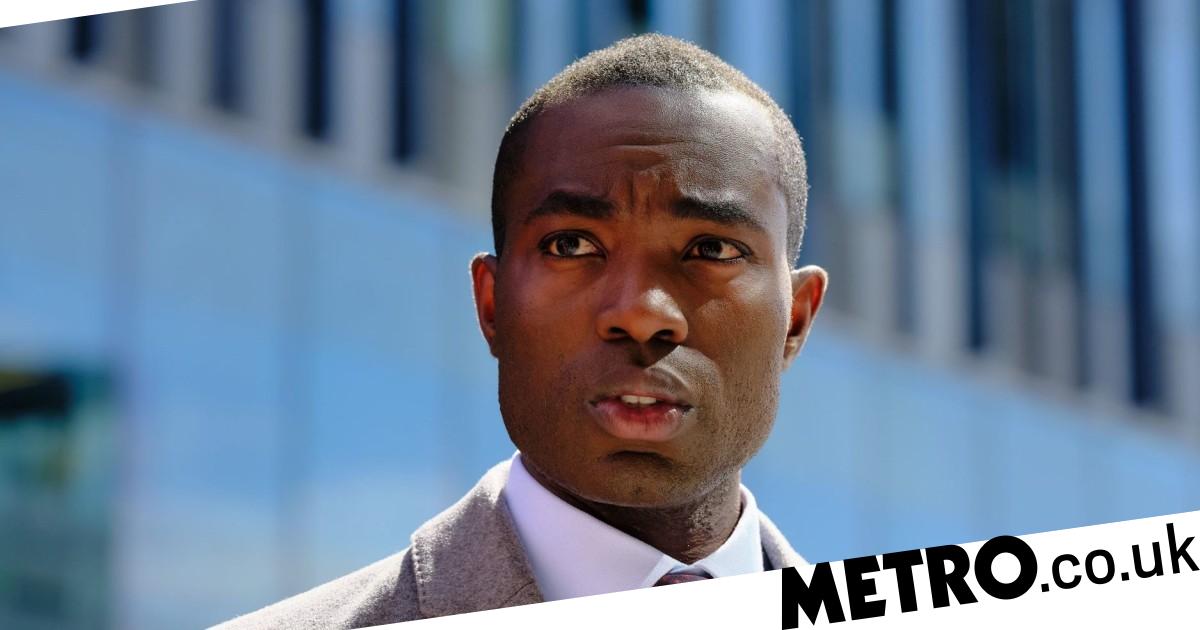 *Warning: this article contains spoilers for The Capture season 2 episode 4.*

We’re going to need a lie down after this game-changing episode of The Capture.

Throw out all the theories about the identities of the assassins and what the hackers want with Isaac Turner (Paapa Essiedu) as everything has done a 360.

On a more positive note, it seems like Rachel Carey (Holliday Grainger) is edging closer to the real culprits and, thank goodness she’s on to something, as the other officers in Correction appear to be none the wiser.

Unless that’s how the covert government operation wants to play it?

Here’s all the burning questions we had after episode 4 of The Capture.

Is Frank Napier on the verge of cracking?

Frank Napier (Ron Perlman) is perhaps the shadiest officer working for Correction, having ordered the killing of Hannah Roberts (Laura Haddock) back in season one.

We learn that Frank’s hospital visits weren’t to spy on or attempt to kill Patrick Flynn (Cavan Clerkin) but for genuine, medical reasons.

Frank has been diagnosed with stage four stomach cancer and is seeking treatment in the radiology department.

With his chances of survival slim, Frank visits a Rabbi to attempt to atone for his sins, presumably all relating to his ethically questionable work in Correction.

However, the Rabbi tells a downcast Frank, who revealed his doubts about faking footage to keep criminals off streets, he’s ‘come to the wrong place’.

Explaining that amount of prayers will rid his crimes against other human beings, the Rabbi tells him his ‘atonement is in your hands.’

Who is behind Isaac Turner’s hotel door?

We’ve had hacking into CCTV, the BBC and the Met Police, what next? Well, apparently a swanky hotel’s intercom.

After a more successful appearance on BBC Breakfast, Isaac receives a mysterious phone call while he relaxes in a suite laid on by the production team.

The voice, who reveals he is behind the faked footage of Isaac, then asks for a meeting, before the buzzer for the door sounds off, suggesting he is already there.

As Isaac approaches the intercom, he sees himself standing by the door, and looks on in horror and disbelief.

Who on earth is it?

And what do they want with the politician?

Until now, it seems like the hackers have been hell-bent on destroying Isaac’s career.

On Newsnight, they manipulated a live feed of an interview between the politician and journalist Khadija Khan (Indira Varma) about AI software, which had disastrous consequences.

Now in a complete U-turn, Isaac appears live on air to discover that a paternity test has determined he is not the father of a love child conceived in Lagos.

Judging by Isaac’s refusal to ever deny the child is his, we can safely assume the criminals are doing him a solid and covering up his tracks. But why?

Plus, despite all of Isaac’s blunders (all of course faked by the hackers), his approval rating has gone through the roof.

Is Russia behind all the mayhem and what’s their game plan?

After capturing footage of Flynn’s murderers on a secret camera sewn into her jacket, Carey enlists the help of one of Isaac’s contacts to uncover the assassin’s identity.

The image matches a worker’s profile on a Russian security website, suggesting officers have been looking to the wrong country to catch their suspects.

But if it’s not China trying to manipulate the UK government into handing an AI company a major contract, why Russia and what do they want?

Should Rachel Carey be worried about her sister Abigail’s Shaun Emery podcast?

Carey, given that her life is constantly under threat and she is aware she’s being watched in her own home, got the shock of her life when she saw her sister Abigail (Daisy Waterstone) having a nap on her sofa.

Despite the round-the-clock surveillance, the relieved detective decided to let her little sister stay, mainly to not alert Correction she is on to them.

While so far Abigail has provided light relief, getting drunk with her older sibling, she let out one eyebrow-raising revelation.

The teenager is producing a podcast about Shaun Emery (Callum Turner), investigating how the soldier is innocent of the murder of barrister Hannah Roberts.

Is this going to cause a headache for Carey or will Abigail start to uncover the truth about Correction?

Ham, crisps and ice cream could increase your risk of getting cancer