The Queen and her charities: ‘Without a doubt she was a people person’ 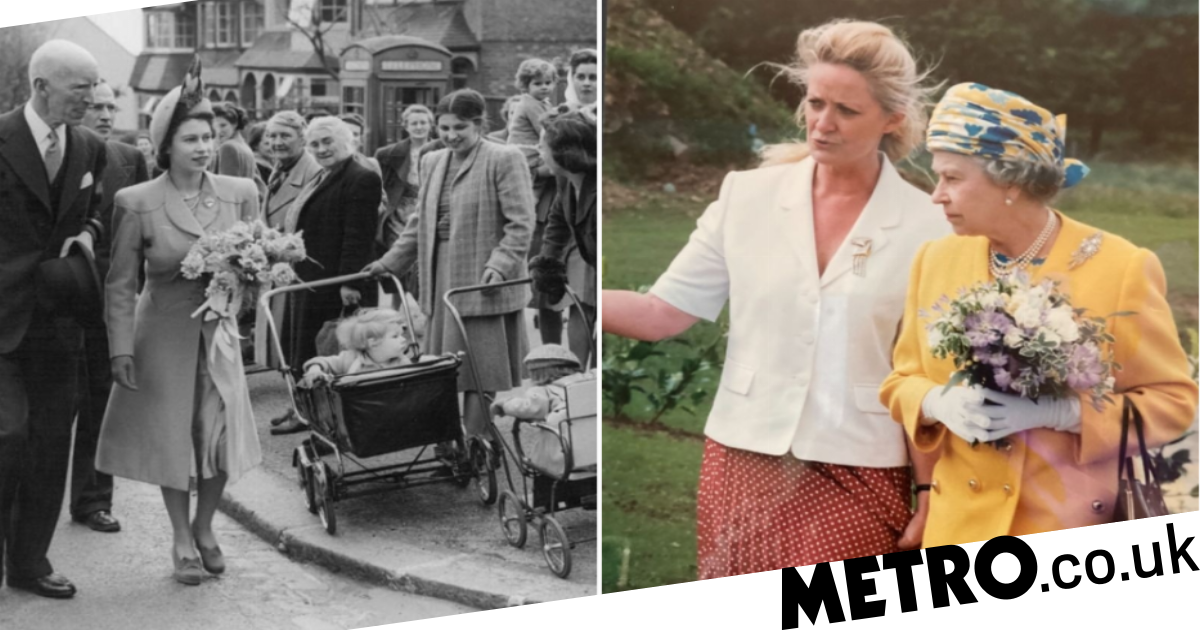 From a charity supporting vulnerable children to one of the biggest animal sanctuaries in the world, the Queen was patron of numerous prominent organisations in her lifetime, and a huge supporter of many others.

All in all, the late monarch was thought to have been closely associated with 800 charitable ventures – some for as many as 75 years – and her death is being sorely felt.

While she inherited many of her patronages from her father, George VI, one of the earliest charities Queen Elizabeth II worked closely with was the British Red Cross. The late sovereign was the longest serving patron for the humanitarian network, having starting her work with the charity in 1949. It was a relationship she forged while she was a young Princess, regularly visiting nurses overseas who worked on the frontline.

While we’re aware the Queen was a passionate advocate for good causes such as Cancer Research UK, Barnardo’s and Great Ormond Street, she has also been linked to more obscure organisations, including the Cyclists’ Touring Club (a charity that looks to make cycling in Britain safe and enjoyable) and the Anglo-Belgium Society, an organisation promoting the friendships between Britain and Belgium.

Her numerous charitable causes, which saw the late monarch announce the opening of many buildings, led to the urban myth that the Queen must believe the world smells like fresh paint – simply because her tireless visits to places across the country saw subjects spruce up surroundings before she came.

In a speech delivered on her 21st birthday, the Queen outlined how her life would be dedicated to supporting others, announcing: ‘I declare before you all that my whole life whether it be long or short shall be devoted to your service.’

And that it was: in research by the Charity Aid Foundation for the Queens’s Diamond Jubilee in 2012, it was found the late monarch among the world’s largest supporters of charities, with an estimated £1.4 billion raised just from her work alone – and that’s not including her further decade of work afterwards.

As the charities pay tribute to her death, we speak to some of those whose lives she touched.

The Queen’s uncle, Prince John, is believed to have died of epilepsy at the age of 13, which could be one of the reasons she became patron of the Epilepsy Society in Buckinghamshire.

During one visit to their offices in 1985, to learn about the treatments and diagnosis of epilepsy, she met a man called ‘Tiny’ Morrison who was sitting with a prize turkey on his lap. He worked on the societies farm and, as the visit was just before the festive season, they were preparing the turkeys for Christmas.

On more than one occasion, staff were invited to the Queen’s Garden Party, as representatives of her charity, the Epilepsy Society. One of whom was Ian Henry, Care Home Manager.

‘You could see how nervous everyone was as they waited to meet the Queen, but she put them instantly at their ease,’ he recalls. ‘I think she knew that as a monarch, she could appear intimidating, but she was so caring and interested, that people instantly relaxed. Without a doubt, she was a people person.’

‘A dog began jumping up at the Queen’

The Queen’s love of animals was well documented, so it comes as no surprise to hear that another charity she became involved with was the pet’s charity, Blue Cross – which she was patron of from 1997 until 2000.

Having been responsible for officially opening the charities Animal Hospital in London following a major refurbishment, Alison Thomas, Head of Veterinary Services at Blue Cross pet charity, remembers how engaged the Queen was during her visit.

‘On the day I was in the operating theatre performing surgery on pets needing our help. I explained to her about how we put animals under anaesthetic,’ she says. ‘She listened carefully and then asked “and how do you wake them up?” I replied “well we just turn off the anaesthetic gas”, but I thought it was a really great question. She was genuinely interested.

‘Meanwhile, a client’s dog began jumping up at the Queen but she didn’t mind at all and was very happy to respond to the dog. She seemed to be really engaged with her visit.’

‘We were told to address her as “mam rhyming with jam”‘

As patron of the UK Jewish charity Norwood, which supports vulnerable children and their families, children with special educational needs and people with learning disabilities and autism, the Queen made a huge impact on her regular visits to its headquarters.

As its former chairman, David Ereira recalls the two occasions he had the pleasure of meeting the Queen.

‘She made it clear when she was coming down that although this was a formal visit, she didn’t want any pomp and ceremony and she didn’t want to be introduced to the great and good of our community, she really wanted to meet the residents.’ he says. ‘She arrived with her lady-in-waiting and a sergeant at arms and that was it.

‘She got out the back of a Jaguar and when she came in there was just silence in the room. The first thing she did was to walk over to some of our residents who were in wheelchairs and she introduced herself to them in the most wonderful, warm way, which took many of us by surprise.

‘Then she was introduced to the line-up and some of the trustee board. When it came to my turn to being presented to her, she just stood in front of me – and we know the protocol not to speak until we were spoken to – and said “thank you for having me, I’m so pleased to be with you today and I can see that everyone’s happy and it’s a very joyful place”. She just went into real and proper conversation on our work.

Referring to one of the members the charity helps, Mr Ereira adds: ‘Julian has learning disabilities and is supported by us and remembers her as being tiny and said she was interested in what he had to say, and they chatted for a while.

‘Julian remembers that they were told to address her as “mam rhyming with jam” and that they didn’t have to bow or curtsey, but Julian chose to bow.’

‘I was so nervous I drank my champagne very quickly’

Since 1948, the Queen was Royal Patron of the Retail Trust – a charity that cares for and protects the lives of people working in retail. Here, its receptionist, Lisa Hendy, recalls meeting the Queen at a party to mark the work of the organisation.

‘I was very nervous at the time as were given instructions on how we must great the Queen, including the “why we curtsy” and why we “must not speak to the Queen until spoken to”,’ Lisa remembers.

‘On arrival at St James’s Palace, myself and other staff were taken aback on the grandeur of the room, we were served canapes and champagne, which were lovely. I was so nervous I drank my champagne very quickly.  I felt so proud to be representing the Trust and what we do as a charity.

‘We were asked to all stand in a line to await the arrival of both the Queen and Prince Philip, along with other representatives of charities which the Queen is a Patron of.

‘The Queen entered the room, followed by Prince Philip and I was surprised how small the Queen was.  She went down the line and stopped to shake my hand and ask where I work and what I do. I explained that I was the receptionist at the Retail Trust  and what we do as a charity, and how much I enjoy my work, working with and supporting our elderly residents.

‘Following the greeting, we were treated to a lovely meal within the hotel and during breakfast with the residents the next morning we were all having a lovely time discussing the day.

‘I do remember on arrival back at the estate, it had been snowing in Derby and we drove up the estate and it looked like a picturesque Christmas card.’

Her love of dogs was obvious

The Queen became Patron of the National Canine Defence League (the original name of Dogs Trust) in 1981 – and it’s of little surprise Her Majesty was so keen to work closely with the charity; her love of dogs is well-known, with the late monarch owning as many as 30 corgis throughout her lifetime.

Clarissa Baldwin, CBE of Dogs Trust, met the Queen twice – and has fond memories of both encounters.

‘I had the huge privilege of walking her around our newly built Rehoming Centre in West Calder, Scotland,’ she says.

‘We had around 50 dogs on site and she wanted to know about them all and why they had ended up unwanted. Responding to her, I was able to explain what the Dog’s Trust were doing to stop the misery for unwanted dogs.

‘She chatted easily to staff and asked our vetinery staff: “What more can you do to stop their suffering?” Her love of dogs was obvious, as her concern for their welfare.

‘On receiving my OBE medal, she asked how the charity had fared with the name change to Dogs Trust.

‘She really will be missed.’


MORE : How the Queen made us laugh – from practical jokes to James Bond sketch


MORE : The many faces of Queen Elizabeth II – the ‘silent’ monarch who was ‘much livelier’ behind closed doors