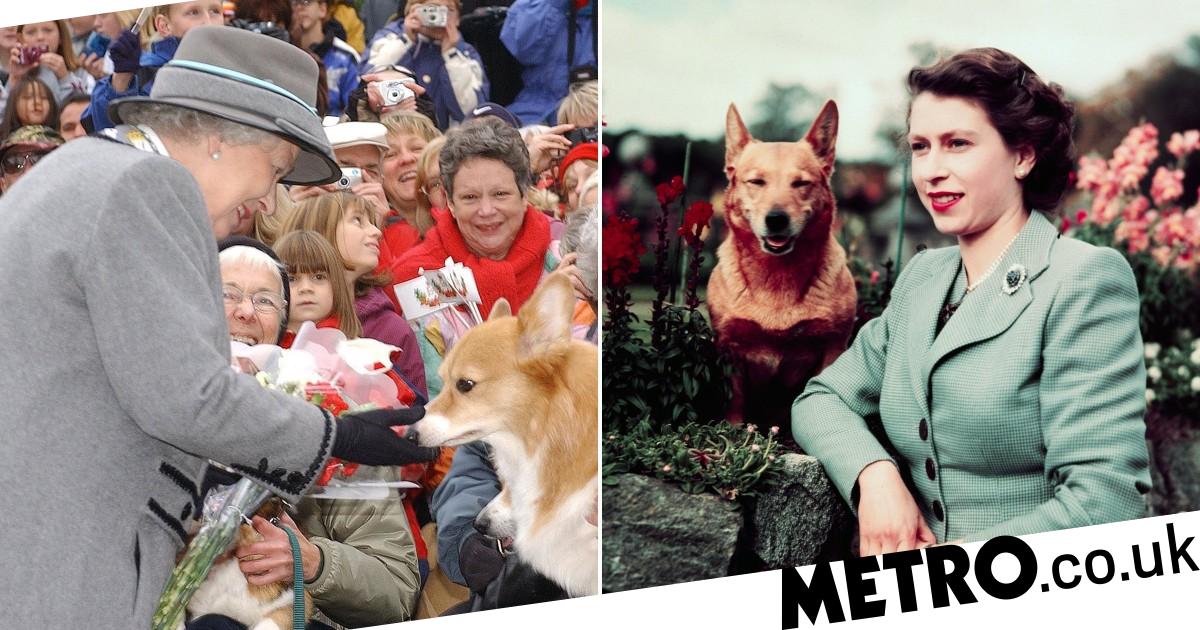 Queen Elizabeth II was well known for her love of corgis, having been regularly photographed in the company of her adorable, short-legged dogs throughout her reign.

Secretary of the Welsh Corgi League Scottish sector, Kay Hogg, said the corgi community has been extremely saddened by the Queen’s death.

It’s thought Her Majesty owned over 30 corgis and dorgis – a corgi-dachshund cross – in her time, even taking to breeding her own.

‘Everywhere the Queen went there were always corgis. She grew up with corgis and everybody associated corgis with the Queen.

‘We feel as though, although there is a corgi league and a society, we’ve actually lost part of our world.

‘She did so much for the breed, and always had corgis by her side all her life.’

The Queen was a fan of the breed ever since she was a child after her father, King George VI, brought home the family’s very first corgi, a puppy named Dookie in 1933.

Royal commentator Richard Fitzwilliams previously told Metro.co.uk: ‘If she had not been the monarch, [the Queen] would have been happy as a countrywoman surrounded by her dogs and horses.

‘Her image, carefully cultivated over the decades, is iconic and includes her corgis on whom she has always doted.’

‘They like to play, and they are energetic, feisty little dogs.’

The Queen’s fondness for the breed was recently celebrated during Platinum Jubilee celebrations, with a gathering of over 70 corgis at Balmoral and a ‘corgi derby’ at Musselburgh racecourse.

Alison Rumbles’ dog Georgie won the corgi derby back in June, and said it now feels even more special for her four-legged-friend to have been involved with the celebrations.

Alison, a wool fibre artist from Haddington, East Lothian, said: ‘I’m just glad we decided to do it.

‘It was so much fun and I just hope that the Queen watched it and laughed and laughed at the silliness of it all.

‘It’s just so sad that she has died. She was hugely admired and respected, just a wonderful woman.

‘We probably would never have got a corgi had it not been for her and her love of the dogs.’

It’s understood that most of the Queen’s corgis through her adulthood were descended from her the corgi she was given as a gift on her 18th birthday in 1944, called Susan.

She enjoyed looking after her dogs herself when her schedule allowed and loved taking them for walks.

During weekends spent at Windsor, her corgis accompanied her and lived in her private apartments.

Get in touch by emailing MetroLifestyleTeam@Metro.co.uk


MORE : Corgis and horses were only part of it – a look back at the Queen’s lifelong love of animals

Daily horoscope for December 20 2022 – forecast for all star signs