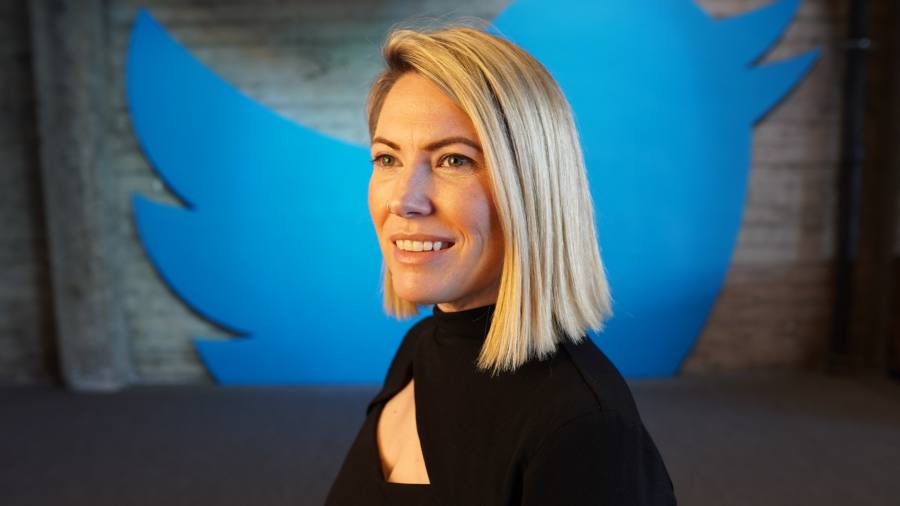 Days after Elon Musk had completed his $44bn buyout of Twitter, Esther Crawford shared a picture of herself sleeping on the floor of the social media company’s headquarters.

Wrapped in a sleeping bag, eye mask on, she added a caption to the viral post from November 2: “When your team is pushing round the clock to make deadlines sometimes you #SleepWhereYouWork”.

Crawford, Twitter’s director of product management, has according to current and former staff risen to become among the most influential leaders left from the old guard before Musk fired more than half the social media group’s workforce of 7,500, including most of its top executives.

The 39-year-old has done so, say people close to the company, by embodying the “hardcore” vision that Musk seeks to instil across his other companies such as Tesla and SpaceX where there is an expectation of working long hours “at high intensity”.

That has enabled her rapid ascent to lead its new moneymaking initiatives, such as the Twitter Blue subscription service and its nascent plans to allow payments through the site.

Crawford has also become one of the few women at the company to join Musk’s trusted lieutenants — a rise marked by her regular gushing posts online about the new Twitter, alongside self-improvement or management quotes.

To some insiders, Crawford has the charismatic energy needed to help transform Twitter’s flailing business, while being a sensible voice who has the ear of its impulsive owner. To other employees, she is reviled as a sycophant and opportunist.

When your team is pushing round the clock to make deadlines sometimes you #SleepWhereYouWork https://t.co/UBGKYPilbD

“The sleeping bag incident really bothered people,” said one senior staffer who added Crawford has become one of few so-called Twitter 1.0 employees to successfully translate Musk’s demands to others under his ownership. “She has become a bit of an interpreter between Elon and the product team,” the person said.

When Musk first came to the San Francisco headquarters just before the deal closed, Crawford introduced herself in the Perch, Twitter’s on-site coffee shop, and secured a one-on-one meeting to discuss her ideas around payments and creators, according to multiple people familiar with the encounter.

For Musk, as one of the biggest creators on the platform with 126mn followers, her ideas resonated. Other people were irked; Crawford was reprimanded by a more senior leader for going above their head directly to Musk, according to people with knowledge of the company’s operations.

Under Musk, who has sought to diversify revenues away from the reliance on advertising, Crawford led the introduction of Twitter Blue, its $8 premium subscription service, which guarantees users a verified “blue tick”.

It eventually got off the ground late last year after several hiccups, with Crawford conceding: “There are no sacred cows in product at Twitter anymore. Elon is willing to try lots of things — many will fail, some will succeed.”

In the longer term, she is charged with Musk’s ambitious plan to facilitate peer-to-peer transactions, together with ecommerce payments, on the platform and was appointed chief executive of its subsidiary Twitter Payments, according to multiple people familiar with the matter and first reported by Platformer.

Crawford first joined Twitter in late 2020, when the company bought Squad, the video chat start-up she founded, as the coronavirus pandemic took hold. On her LinkedIn profile, she said the app had “millions of users” and funding from seed-stage venture firms including First Round Capital.

Prior to that, she was herself an early YouTube video blogger and invited to be the lead social media strategist for Weight Watchers in the late 2000s after launching her own successful weight loss video blog.

A philosophy graduate with a masters degree in international relations, she also held product marketing roles at several Silicon Valley start-ups, and became an avid Twitter user, posting personal reflections on her life growing up in a Christian “cult” and the timing of her contractions as she gave birth.

I grew up in a cult. We had lots of rules (can’t cut hair, no makeup, no pants, no tv, no secular music, etc) and hierarchical leadership. We believed it was the “end times” so I lived in fear of doing anything wrong & being left behind. I exited on my own when I was 19. https://t.co/t6u7VlJE0T pic.twitter.com/0EzfqBICbA

On joining Twitter as an employee, she would be responsible for finding ways for influencers to make money from the platform, and exploring opportunities around crypto, as head of its early-stage bets.

Initially, she directed research into what creators want from the platform, according to two colleagues, one of whom said the results were “sobering” because the company had failed to adequately cater to creators by this point. Crawford then worked on plans to address their demands, which included focusing on the audio feature Spaces, one of Twitter’s most successful updates, and on creator subscriptions.

Several current and former colleagues describe her as empathetic and diplomatic: her calendar is typically open for all to see, and she buys customised mugs for team members. Her charm, combined with a start-up mentality, has earned her Musk’s trust, according to three people who have worked with her, one of whom said that she was able to influence him by challenging him tactfully behind closed doors rather than publicly.

Crawford was responsible for smoothing tensions over at Apple, two of the people said, including after Musk publicly harangued chief executive Tim Cook over fees the tech group charges developers of its app store.

Her ideas have not always been welcomed. Crawford was among the proponents for Twitter’s controversial and now-halted plan to introduce a feature that would allow users to offer videos of adult content behind a paywall similar to that posted on subscriptions site OnlyFans, according to two people familiar with the matter.

Many former staffers, meanwhile, resent her embrace of the spotlight. She regularly posts a mix of Twitter business updates and inspirational corporate speak to her 50,000 followers.

One former senior staffer described her as “bootlicking”, adding: “She was a nobody who became somebody because she was willing to sell her soul for her 15 mins of fame. It’s gross.” It remained to be seen whether Twitter engineering teams would respect her given she was not a coder, said another current colleague.

Crawford appears unfazed. On her Twitter profile, the background photograph reads: “Be bold. Get back up. Believe in yourself.”