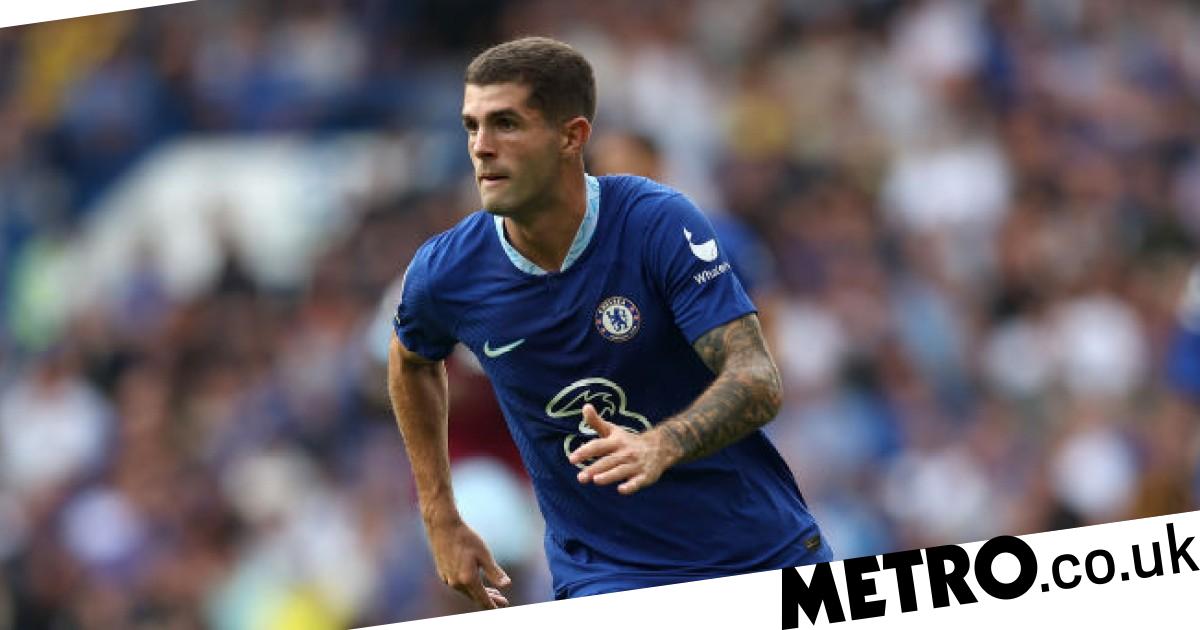 Arsenal legend Thierry Henry has said he was left surprised by the fact that Christian Pulisic did not leave Chelsea this summer.

Pulisic has struggled for game time this term – being mostly limited to substitute appearances – and has only played 155 minutes of top-flight action.

The 23-year-old United States international was linked with a move away in the summer transfer window amid interest from Manchester United and Newcastle.

Italian clubs AC Milan and Juventus were also thought to be keen and he was even on Liverpool’s radar.

But Pulisic ended up staying in west London, recently receiving criticism from Chelsea fans for snubbing them after losing to Southampton.

Henry has been left perplexed by the situation, telling CBS Sports: ‘I think by now we would have known if he could play.

‘He has been at Chelsea for a very long time. I thought Christian Pulisic was going to leave. I think it was time for him to leave. But he didn’t.

‘It’s over. That’s going to be the case up until the World Cup. He has to find a way to play. Raheem Sterling is in front of him.

‘They also have Pierre-Emerick Aubameyang. But I thought [Pulisic] was going to leave.’

Head coach Tuchel was dismissed following the Champions League defeat to Dinamo Zagreb, while the Blues are sixth in the Premier League after their opening six games in what has been an underwhelming start to the season.

Pulisic has played 122 times for Chelsea since he joined from Borussia Dortmund in 2019, and his national boss Berhalter feels his player can benefit from the appointment of Graham Potter.

Speaking about Chelsea’s decision to sack Tuchel and replace him with Potter, and how that might impact Pulisic’s playing time, Berhalter said: ‘I’m not happy a guy lost his job.

‘But if this means more opportunity for Christian, then it’s positive because he’s a guy that’s proven that he can perform at that level. We’ll just have to wait and see.’

Pulisic is considered one of the United States’ brightest talents and has been crowned U.S. Soccer Male Athlete of the Year on three occasions, including in 2021.

He will face England when the World Cup in Qatar gets underway, with the two nations set to meet for their final Group B match on November 25.


MORE : The winners and losers from Chelsea’s decision to sack Thomas Tuchel