Thinking about quiet quitting? Quiet Quitters are now half of the U.S. workforce 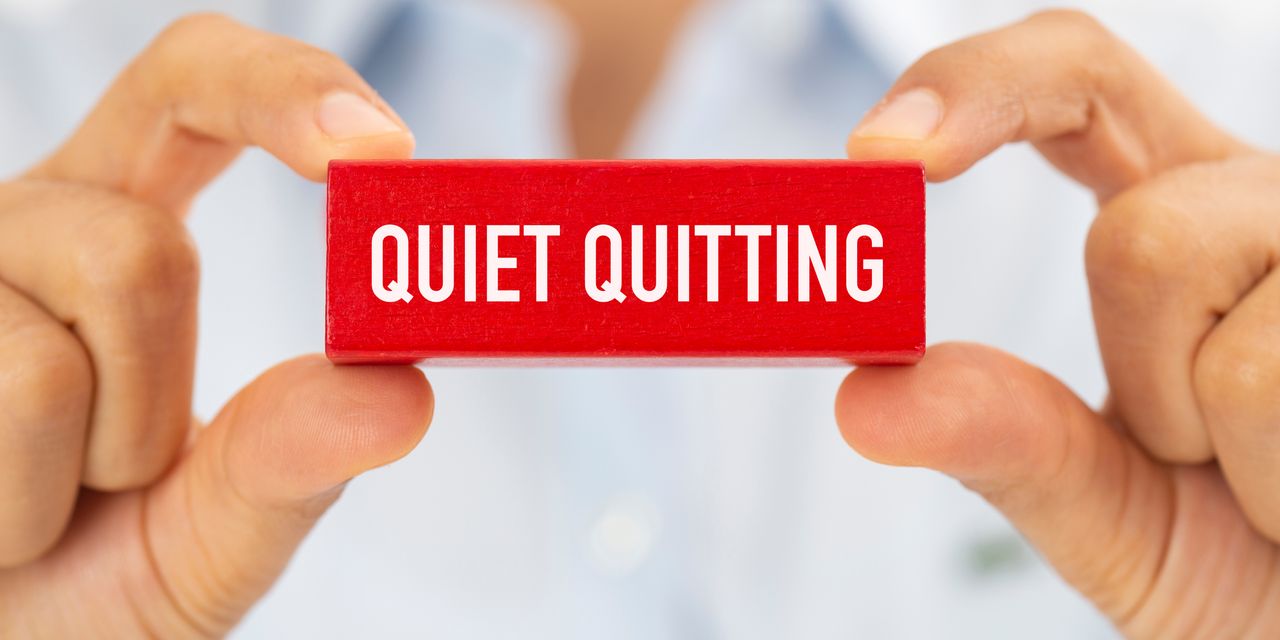 At this point most people have heard of the term “quiet quitting,” where employees do the bare minimum of work at their jobs or set higher boundaries with management. To be clear, quiet quitters are not trying to lose their jobs, they simply want to create a healthier work-life balance and focus more of their time of nonoffice-related activities.

The phenomenon is taking over and now quiet quitters make up half of the adult workers in the U.S.

According to new research from Gallup, 50% of U.S. adult employees describe themselves as “not engaged” at work. These individuals are people who “do the minimum required and are psychologically detached from their job,” Gallup’s poll indicates.

See also: Opinion: I tried ‘quiet quitting’ before it had a name — and I’ve regretted it ever since

The other half of the population is made up of two groups. One group is people who are “engaged” in their job while the other group says they are “actively disengaged” at work.

“What we’re seeing right now is kind of a deterioration of the employee-employer relationship,” Jim Harter, chief scientist for Gallup’s workplace management practice, said about the study.

See also: ‘The backlash to quiet quitting smacks of another attempt by the ruling class to get workers back under their thumbs:’ Am I wrong?

Gallup listed several things managers can do to help dissuade employees from quiet quitting including weekly chats, accountability for individual performance and showing workers how their work contributes to the company’s overall goal.

“Employees are the new customers,” Stephan Meier, a business-strategy professor at Columbia Business School who studies worker motivation, recently said to Insider. “There are huge differences in what people actually want.”

See also: ‘Nobody wants to work anymore’ has been said for 100 years. It wasn’t true then, and it isn’t true now.

An August story from The Wall Street Journal described fallout from quiet quitting among some U.S. bosses who lamented the practice. Those bosses included including Huffington Post founder Arianna Huffington and co-star on ABC’s “Shark Tank” and chairman of O’Shares ETFs Kevin O’Leary.