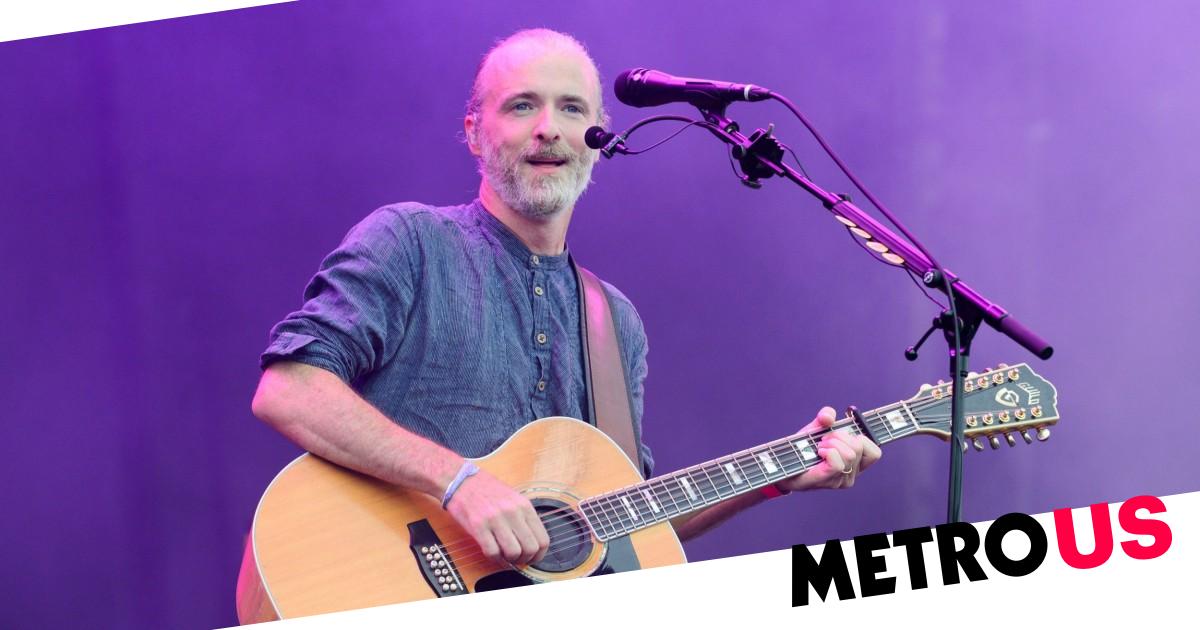 The Why Does It Always Rain On me crooner shared photos of his nasty wound, which was the result of a ‘10-foot metal strip’ slicing open his hand.

Detailing the injury on Twitter, Healy, 49, told his fans there was a ‘whole lotta blood’ and he ‘screamed lots’ as a doctor administered injections.

On January 13, the Scottish musician posted a photo of his injured hand sitting on a blood-soaked hospital pad.

Healy simply captioned the snap: ‘Deary me!’ before sharing more information in a series of follow-up tweets.

He wrote: ‘I’m adding an extra wall in my studio and picked up some cornering (very thin 10-foot-long metal strip) and was putting it in the car and it slid very gently down the crack between thumb and forefinger like a sushi knife.

‘Right hand. Will take [a] couple of weeks to heal.’

The star added: ‘The doctor told me, as he was preparing to inject the affected area with lidocaine, that this particular area of the body (possibly the universe) has the highest concentration of nerve endings. I videoed the injections. Lots of screaming from me.’

‘There was a whole lotta blood,’ Healy continued. ‘A wee Mexican man in the Home Depot carpark saw it happen and ran to his car returning with a panty pad… I was very grateful.’

It’s not the first time one of Healy’s hands has been left bloodied recently.

In 2021, the hitmaker revealed he was ‘mauled’ by a sausage dog after attempting to save it after a traffic accident.

He explained on Twitter: ‘I was driving down my hill and as I rounded a corner there were 3 cars jackknifed and from the middle of the chaos ran a daschund.

‘So I jumped out and chased it up the hill. Cars bomb down our hill and it would have been toast. So I tried to pick it up and it mauled the s**t out my left hand.

‘I held on, hoping to chuck it into our porch but then I slipped and it bolted off, leaving me pishing blood all over the shop. So much blood.’

Healy, who lives in Los Angeles, revealed his neighbours were on hand to assist as he tried to clean the wound, adding: ‘Then all the neighbours came out and one of them called an ambulance. I ran into the house and poured alcohol over the wounds…

‘Then I came out but it wasn’t an ambulance… it was a massive fire engine… and I have to say, 5 Calvin Klein models got out and then I’m telling them about the daschund and they suggested urgent care…

‘By this time there was about 20 cars waiting to pass, I’m pishing blood (by the way ladies and some boys… I totally now get the fireman thing).’

Healy shared photos of his fingers with puncture wounds on them, adding: ‘Anyways I drove to Urgent Care on Selma and they cleaned me up good and now I’m here and my finger is patched up and bl**dy sore.’

He reassured fans that the dog had also survived, continuing: ‘The dog… is fine. Was cornered at the bottom of the hill and the owner, who lives in Stevie Nicks old house (pop pickers), was reunited.’