Trump’s Truth Social is the saddest site on the internet 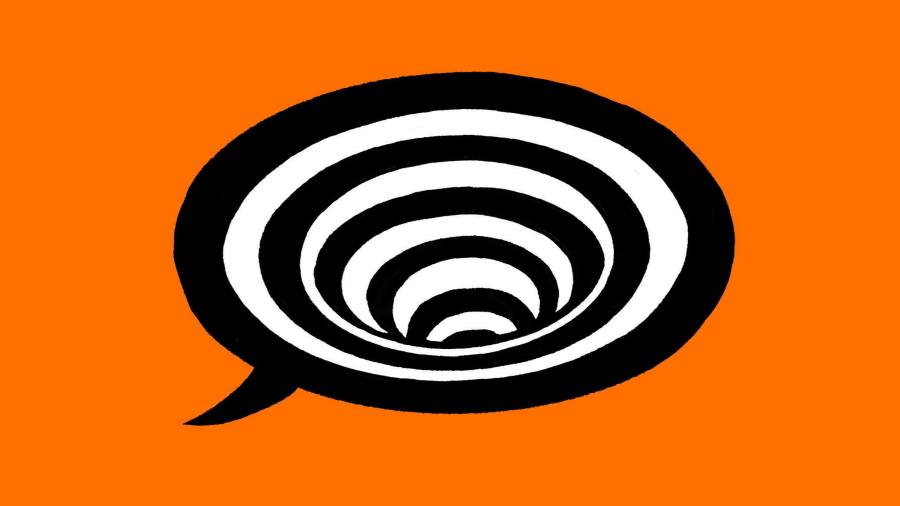 Too many things get called Orwellian these days. Poor George Orwell — a man who advised writers to “never use a metaphor, simile, or other figure of speech which you are used to seeing in print” — must be, to use another tired cliché, turning in his grave. But over on Truth Social, Donald Trump’s Twitter-mimicking social media platform, it is hard to keep the bleak irony and doublespeak of Nineteen Eighty-Four from drifting into one’s mind.

“Now that the FBI and DOJ have been caught in a massive and determinative Election Rigging Scam, are they going to change the results of the 2020 Presidential Election? They should!!!” the former president “Truthed” on Monday. He “ReTruthed” it (shared it again) on Tuesday.

The former president was kicked off both Twitter and Facebook in the aftermath of the January 6 US Capitol riots. Now he is forced to share his thoughts and feelings in the form of these “Truths”, though with a 500-character limit — almost double the length of a tweet — he can be slightly more verbose and exclamative.

Trump’s “Truths”, “ReTruths” and “Quote-Truths” appear not on a timeline or a news feed, but on a “Truth Feed” — no matter whether what he, or anyone else, is saying is actually true or not.

But things aren’t going so well for the platform. This week it emerged that the blank-cheque company — or Spac — that was meant to merge with and give a $1.3bn cash injection to the Trump Media & Technology Group, which runs Truth Social, has failed to get the financial backing for an extension to complete the deal. Meanwhile, the platform has been barred from Google Play because of its failure to moderate violent content, and the US Patent and Trademark Office has denied Trump his application for a trademarking of “Truth Social”.

It has also been reported that the platform owes $1.6mn to RightForge, the company that hosts the website. Truth Social declined to confirm or deny this report, instead telling me that “Truth Social is on strong financial footing” and that “any assertion to the contrary is knowingly false bar-talk maliciously designed to harm Truth Social investors”.

Still, in between “Truths” about the “Green New Deal Fake Infrastructure Bill” and “the latest Witch Hunt against me”, Trump took to the platform this week to try to encourage people to buy ads on it. These feel like sad, desperate times — for Trump and the platform.

Spending time on the site is an unpleasant experience. It seems to be a total rip-off of Twitter, but with a much lower budget and without some basic functionalities. When you click on a “Truth”, for instance, you are unable to see whether or not you have already liked or “ReTruthed” it yourself, or whether anyone has “Quote-Truthed” it. There is also no direct-messaging capability on the app.

And while it sells itself as a “Big Tent” platform that is all about allowing for different viewpoints, there seems to be only one heard on the platform. The same hashtags trend frequently — #DefundTheFBI, #January6th, #IAMMAGA. It might be 2022, just two months before midterm elections that Republicans look likely to win, but you wouldn’t know it over on Truth Social.

Trump only follows three accounts, two of which are official Truth Social ones and the other of which belongs to John Daly — a golfer and personal friend of the former president whose profile picture shows him sandwiched between two Hooters waitresses several decades his junior. Trump has just over 4mn followers on the platform. That compares to the almost 90mn he had on Twitter. His most popular “Truths” produce tens of thousands of engagements — a fraction of the 4.7mn likes and shares he got for his 2020 “I WON THIS ELECTION, BY A LOT!” tweet.

Watching Trump’s activity last Tuesday, on the day pictures from the FBI’s raid of his Mar-a-Lago home were made public, felt like watching someone having a very public meltdown, with him plaintively asking at one point: “Why are people so mean?”

During a radio interview on Sunday, Trump’s former communications director Anthony Scaramucci said that “something’s eating” Trump. I rather get that impression too. The Trump you see on Truth Social seems less like a formidable former president energetically planning his comeback, and more like a rather pathetic, unhappy 76-year-old man, shouting into the wind.

If I might borrow again from Orwell: if you want a picture of a Trumpian future, imagine being stuck on Truth Social, seeing Trump’s Truths and ReTruths popping up on your Truth Feed — forever.

US defence contractor L3Harris to buy Aerojet Rocketdyne for $4.7bn

Hit the slopes and party in Aspen for Gay Ski Week.