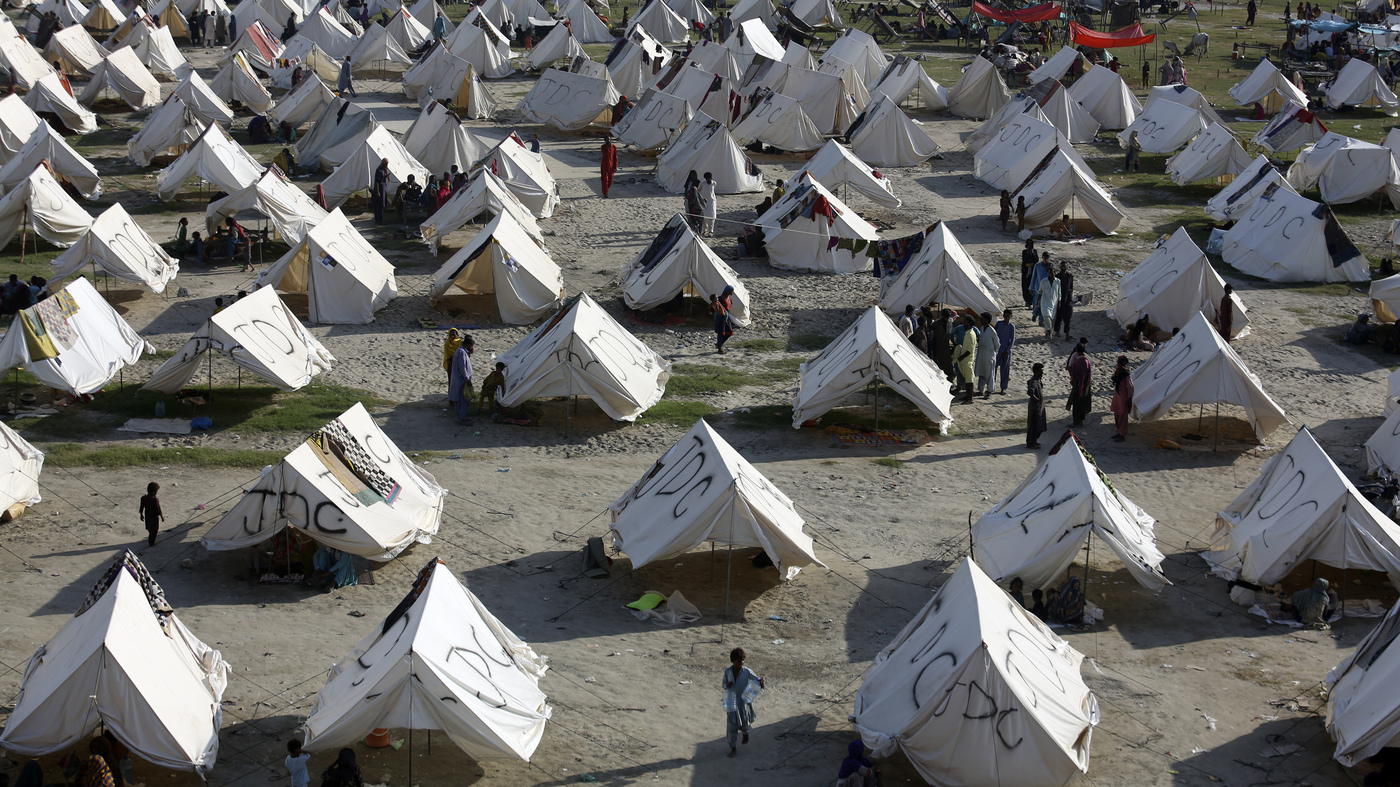 ISLAMABAD — U.N. Secretary-General Antonio Guterres appealed to the world to help Pakistan after arriving in the country Friday to see climate-induced devastation from months of deadly record floods that have left half a million people living in tents under the open sky.

His trip comes less than two weeks after Guterres appealed for $160 million in emergency funding to help those affected by the monsoon rains and floods that have caused at least $10 billion in damages and 1,391 deaths. International aid is arriving, including the first planeload of what the U.S. has pledged will be $30 million in assistance.

“I have arrived in Pakistan to express my deep solidarity with the Pakistani people after the devastating floods here. I appeal for massive support from the international community as Pakistan responds to this climate catastrophe,” he said on Twitter before dawn.

Last week, the U.N. chief issued a stern warning about the effects of climate change.

“Let’s stop sleepwalking toward the destruction of our planet by climate change,” he said in a video message to a ceremony in Islamabad at the time. “Today, it’s Pakistan. Tomorrow, it could be your country.”

Pakistan’s Information Minister Maryam Aurangzeb in a statement thanked the U.N. chief for visiting Pakistan at a time when, she said, one-third of Pakistan is underwater. She said she wants the visit to help elevate the crisis for flood victims to the global level.

“The visit will also help in realizing the consequences of the deadly effects of climate change,” said, urging the international community to step up efforts to help poor countries affected by floods and natural disasters.

Aurangzeb said Guterres will receive a briefing from Pakistani officials about damages caused by floods before addressing a news conference along with Prime Minister Shahbaz Sharif in Islamabad on Friday.

So far, U.N. agencies and several countries have sent nearly 60 planeloads of aid, and authorities say the United Arab Emirates is one of the most generous contributors, as it has sent so far 26 flights carrying aid or flood victims. The United States said it will provide $30 million in assistance to help flood victims.

The floods have touched all of Pakistan and affected more than 3.3 million people. Heritages sites have also been damaged, including Mohenjo Daro, considered one of the best-preserved ancient urban settlements in South Asia.

The ruins near the Indus River were discovered in 1922 and to this day, mystery surrounds the disappearance of the civilization that dates back 4,500 years, coinciding with those of ancient Egypt and Mesopotamia.

Guterres was received on his arrival by Deputy Foreign Minister Hina Rabbani Khar and will meet with Prime Minister Sharif and other government and military officials on his visit.

Before the U.N. chief’s arrival, Sharif told a visiting American diplomat that the world should step up its fight against climate change to avoid more deadly flooding. Derek Chollet, a senior State Department official, was visiting Islamabad to assess damages and arrange for aid.

According to the government’s statement, Chollet affirmed that the U.S. would stand by Pakistan in the wake of the floods and extend help to help people rebuild.

On Friday, the first American planeload carrying aid will arrive in Pakistan, according to Pakistan officials, who say Washington is setting up a humanitarian aid air bridge to deliver much-needed for flood victims,

The floods in Pakistan have also injured 12,722 people, destroyed thousands of kilometers of roads, toppled bridges and damaged schools and hospitals, according to the National Disaster Management Agency.