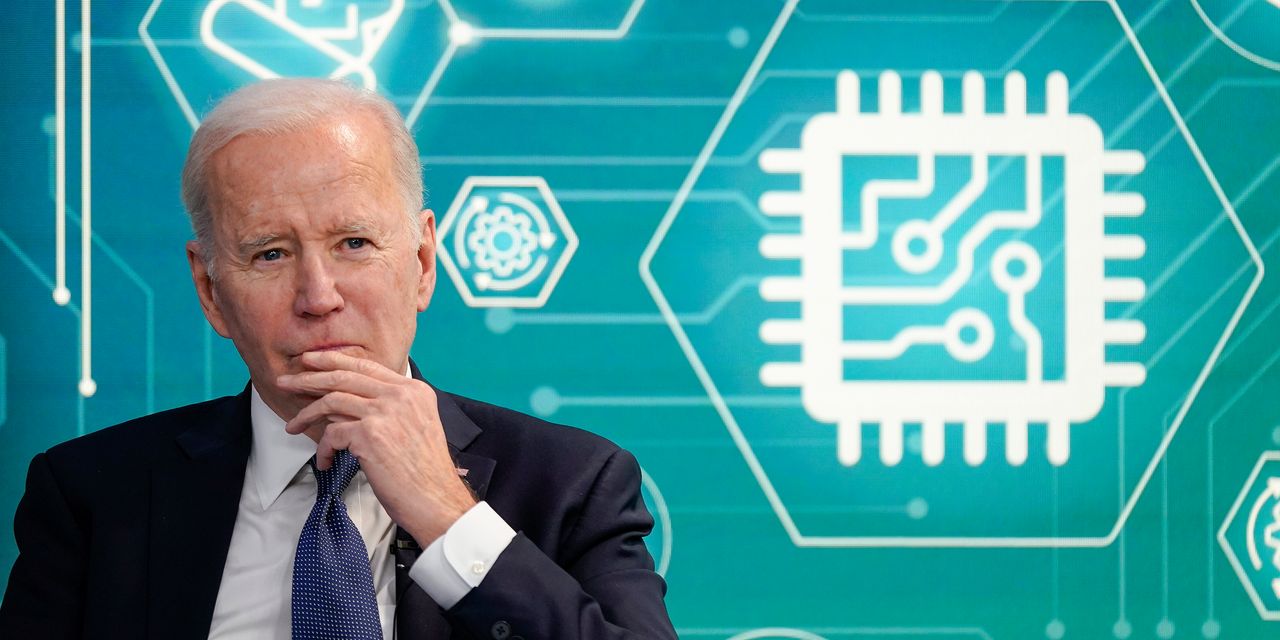 The Biden administration plans to expand export restrictions for U.S. chip companies to China, according to a new report.

Reuters reported Sunday night that the new curbs on artificial-intelligence semiconductors and chip-making tools will be based on restrictions issued earlier this year in letters to KLA Corp.
KLAC,
,
Lam Research Corp.
LRCX,

The restrictions barred those companies from exporting semiconductor equipment to Chinese chip makers that were making sub-14-nanometer processes, unless first approved by the Commerce Department, according to Reuters.

against shipping certain AI chips to China. Nvidia shares sank to a 52-week low after disclosing the restrictions.

The broader restrictions could impact a number of other major tech companies, including Intel Corp.
INTC,
,
Dell Technologies Inc.
DELL,

and Hewlett-Packard Enterprise Co.
HPE,
,
according to the report.

Reuters also said other restrictions may be added.