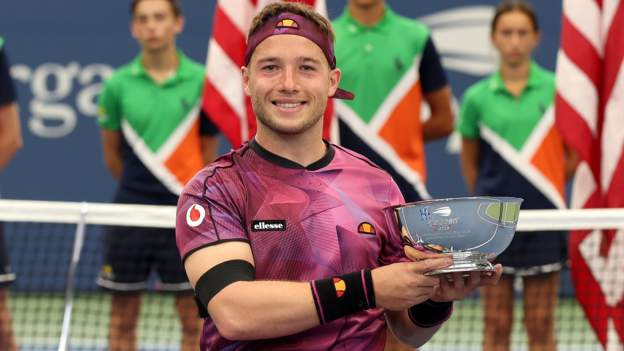 Britain’s Hewett had lost this year’s Australian Open and Wimbledon finals to Kunieda but came through 7-6 (7-2) 6-1.

It is the 24-year-old’s first major singles title of the season and his third at Flushing Meadows.

“I want to dedicate this to my granddad – I hope you haven’t turned off the TV because I know you hate when it gets close,” Hewett said.

Hewett, runner-up to Kunieda in the past two US Open finals, twice trailed by a break in the first set before rallying.

He dominated the eventual tie-break and the second set, finishing the match with 39 winners to Kunieda’s 16.

Afterwards he paid his respects to New York on the 21st anniversary of the 9/11 attacks across America.

“I know today is a difficult today for a lot of families out there,” he said.

“What happened 21 years ago was awful and tragic for your country. I would just like to take this opportunity to pay my respects to all of those that were affected.