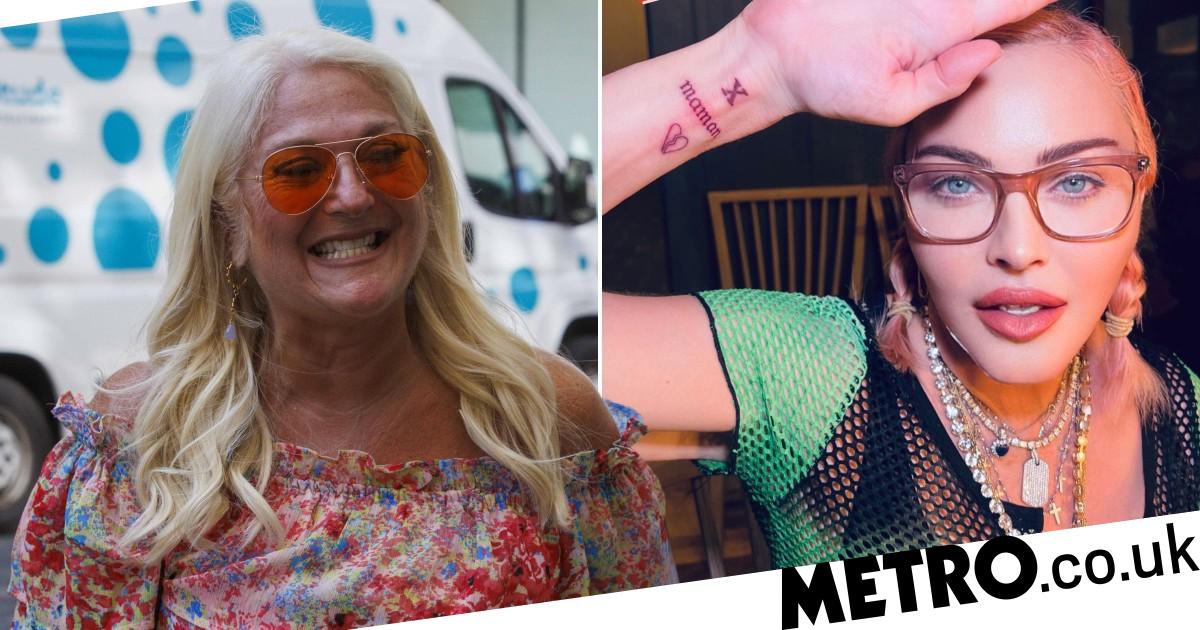 Vanessa Feltz has fiercely defended Madonna’s right to bare all while calling out ­the rampant misogyny targeted at older women.

Music icon Madonna is no stranger to posting racy photos on social media and has developed a habit of sharing pictures of herself wearing skimpy outfits at the age of 63.

And Vanessa, 60, is totally here for the Material Girl’s freedom to show off her body.

‘If you like wearing leather trousers, whose bloody business is it to say you can’t wear them? Who the hell is this #BeachBody- Ready person who decrees you have or haven’t got the right arse to put in leather trousers or, in Madonna’s case, show it off?’

‘If you don’t want to look at it, don’t look at it. Just don’t be nasty,’ Vanessa continued.

Vanessa concluded by saying that Madonna clearly enjoys showing off her body, ‘lady garden’ included, so she should continue to do so.

‘If she wants to take her clothes off, let her. She will be exactly the same at 80, I imagine — she’ll want to show off her arse and climb onto an altar and show off her rosaries.’

Vanessa’s comments come just weeks after she announced that she was joining TalkTV after leaving the BBC following nearly 20 years on its radio stations.

She officially took over Jeremy Kyle as presenter of the fledgling network’s three-hour drivetime show this afternoon.

‘The allure of a retirement reclining on a chaise longue while the fragrant Ben (Ofoedu, her partner) peeled me a grape was fleeting,’ Vanessa said at the time.

‘While there are politicians to be tackled, fat cats to be flattened, scams to expose and lovely listeners to champion, it’s my mission to breathe fire into the microphone.

‘After an elegant sojourn at the BBC, I am effervescent with joy at the invitation to unleash my hitherto hidden side on Talk TV.

‘I will relish full-throttled debate and the chance to have a personal passionate point of view at last. Even better, I’ll be at the reins of drivetime. Lord what luxury.

‘After years of 3.30am starts, I’ll have a show without an alarm clock involved.

‘If I terrified Mayor Sadiq Khan so acutely he never dared set foot in my studio on almost no sleep, tune in to see what I can achieve on a full eight hours shut-eye.’

Big Happiness Interview: How to manifest a new vision for 2023