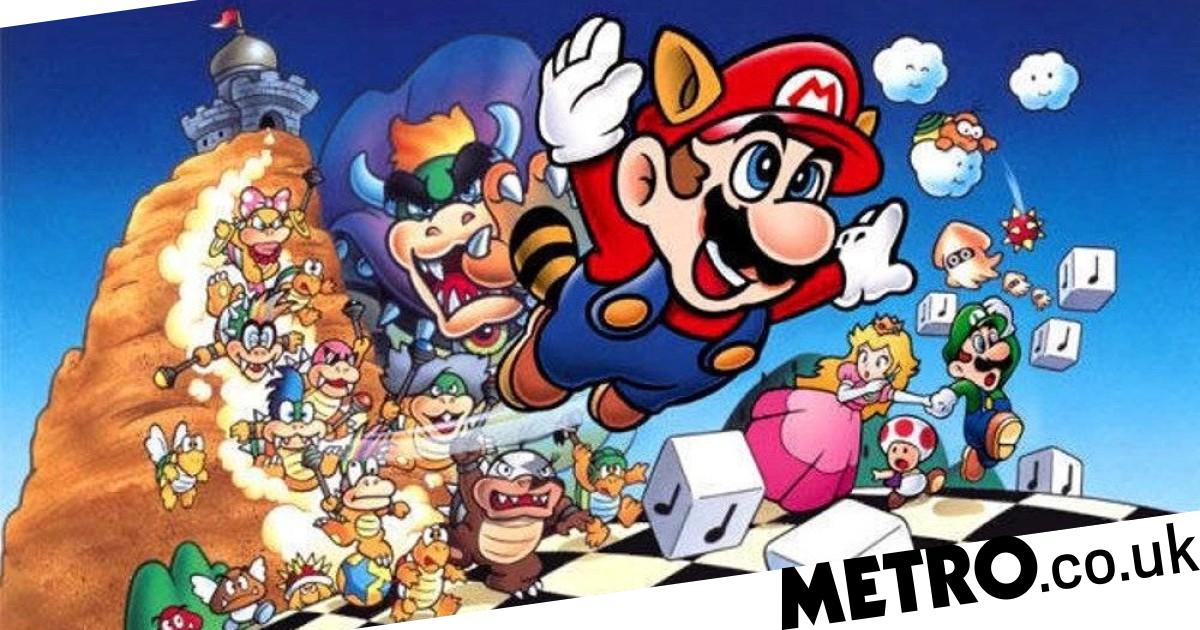 The subject for this week’s Hot Topic was suggested by reader Dennis, who asked readers to consider what gives older games their longevity and whether they could still benefit from a remaster or remake.

Most of the games mentioned were from the Mega Drive and SNES 16-bit era, with most agreeing that early era 3D titles, especially those on the original PlayStation, have aged the worse.

Near perfect
I’ve decided to go with an 80s game for this Hot Topic, as the older the game the harder it would naturally be for it to hold up (though early 3D games of the 90s also have an issue there, aesthetically).

I’ll go with Super Mario Bros. 3 on the NES.

It’s not my favourite game on the NES (that’d be Zelda 2), but some now take issue with Zelda’s difficulty, and it is a bit rough round the edges. Super Mario Bros. 3, however, is timeless. It has astonishing variety in its level and enemy design, it’s not overly difficult, with a very generous item storage system, has lots of secrets to find (quite a few like the white Toad house I suspect many never did) and is still perhaps the greatest 2D platformer ever made. The graphics are not going to knock anyone out but they are good late NES era graphics, with excellent art design that help them hold up.

Super Mario Bros. 3 has already been remade as part of Super Mario All-Stars, but though it has nicer 16-bit pixel art, the art direction is not as good (backgrounds in the underground areas and the final world, I especially find less appealing) so I generally tend to play the original.

I can’t think of much I’d change with another remake. I suppose Sonic Mania quality pixel art with better art direction then All-Stars had, and perhaps some bonus levels, but the main game is pretty much perfect as is.
Lord Darkstorm

Original love
I had a think about this and there could be only one answer: ToeJam & Earl on the Mega Drive.

I had it as a young teen when it came out and my brother and I would play it together regularly.

I picked it up on the Mega Drive Mini and found it to be just as playable as ever.

It’s a fantastic game and absolutely holds up. I know there were remakes but the original, to me at least, will always be the best.
BadgerOfDoom

Evolution not recreation
This week’s Hot Topic is quite pertinent as I’ve been going through a N64 playing stage for the last month or so. This is on original hardware and a 15″ CRT TV using S-Video connections. The games are absolutely playable and, once you’ve adjusted to the angular graphics and control schemes, it is the gameplay that really shines through. GoldenEye 007 is still great fun to play and the ‘C’ buttons allow for strafing giving an adequate alternative to a secondary control stick.

F-Zero X is still as fast and smooth as I remembered, with an amazing soundtrack, and Wave Race 64 probably still has some of the best wave effects and ‘feel’ of being on water (even though I prefer its sequel). Many more still stand the test of time simply because age rarely affects great gameplay.

I’m not so blinkered to think they are all better than new games but, of the games I have re-played, they have aged well in most regards. Modern games highlight issues that were present in older generation titles – cheating AI, overly difficult/unfair gameplay elements, awkward controls, lack of checkpoints, etc. – but this is how I remember them originally and probably why I have a deep affection for my retro games collection.

Would I want them remastered? Maybe, depending on the title, but I would prefer evolution of the franchise rather than remakes. However, I would love the much rumoured remake of GoldenEye to come out just to fix the Tank/Streets stage!
Drew5u75

One remake at a time
Not sure if you can count it, and it’s probably cheating, I’d pick Dead Space 2. It’s from two generations ago so I think it can be considered retro by most standards.

I recently went through it again and still loved it. The ending still frustrates as it throws non-stop evolved enemies but the sounds and atmosphere still hold up throughout the game.

The graphics still hold up too, but this series could do with a proper remake and actually have more varied enemy types and be more gross if possible.

I’ve seen The Calisto Protocol and I hope that it is using an old build, as it looks a whole lot like Dead Space looked like on the Xbox 360, not that it would put me off but a lot of people can’t see past graphics.
Bobwallett

GC: Two generations ago fits our definition of retro. You know there’s a remake of Dead Space 1 on the way though?

Multi-award winner
I have a single clear pick, not only for most timeless retro game but also best retro game, best 2D game, arguably best Zelda game, most improved sequel, and best game ever made. That’s The Legend Of Zelda: A Link To The Past.

What comes to mind is gaming in general, up to the time of its release and how far above anything else it sat. But the topic is about how games have aged and for a title that’s over 30 years old, it’s surprising to see so many of its ideas copied by new games today, but often less well done.

One reason it’s so timeless is the controls, as its pace and viewpoint sort of exempt it from the challenges a lot of other games face as standards in gaming develop. But it’s so many other factors as well.

The presentation is unbelievable for a game that old, with a beautiful and surprisingly sophisticated colour palette, smoothly drawn sprites and MIDI music that isn’t just brilliantly composed but has a sound that feels like a favourite blanket. The fullness and warmth of that brass in the overworld theme always seems to transport me to a safe place.

The density of the world means you can barely walk a few feet before finding something worthwhile, and yet it isn’t over-padded in a way that dates so many modern games in a matter of months. I don’t think I’ve ever played it and not gone for 100% completion because it’s so compelling to uncover all the secrets.

Overall, I’d say it’s the depth that sets it apart from other front runners for best aged game like, say, Tetris or Super Mario Bros. Gradually building up Link from a boy with a basic sword to the most skilled, heroic, fully equipped and richest person in the kingdom feels organic in a way that, in comparison, put me off Role-playing games for a long time, with their dry stat based levelling systems. And as masterful as the mechanics and design are in other timeless retro games, I struggle to bother with mere score chasing or simply getting from A to B.

In some ways it been setting the criteria against which I judge most games since I was nine.
Panda

The level design, the soundtrack, the colours. It all feels like an alien world. I can replay that game year after year and it remains easy to pick up and play and equally engrossing.

I actually prefer the art style of Super Metroid to the sheen of Metroid Dread, which I found too grey and shiny for a lot of the game.

I’d also throw in Super Mario Bros. 3, a game that is a joy to play through.
Matt

Beyond 16-bit
I feel as though a whole bunch of games have aged well, even going as far back as the 16-bit period. I would say console games like Mario and Sonic can still be played quite comfortably from most retro console eras, but Commodores and Amigas probably not.

The original PlayStation, I’d say only has a few games that have aged well and mostly because the polygon rich graphics look blooming awful on most of the other games now. The previous generation of consoles had games based on solid graphical models, with fluid movements, but without a complicated animation to make it look too awful now. Ironically, it’s the simpler design which the indie games of today have been inspired by and have taken to the next level.

To pick a game that feels as good as it did back then is Beyond Good & Evil. Basically, a perfect game of stealth and combat, moving through city buildings, island cave exploration, and alien complexes, plus your own humble lighthouse abode. Plenty of memorable characters who help and hinder you, with plenty of locals to interact with, and just interesting info in general.

Photography is also needed of the local wildlife for payments, as basically the protagonist you play is an investigator but turns into a super heroine as the story needs their and your skills to help solve what is behind the military and alien connection on the mining planet of Hillys. Controlling the very empathetic and well realised Jade was very satisfying indeed.

I’d play this game again now as I did on the Xbox 360, after I previously played it on the GameCube. Definitely a worthy game for today’s gamers to experience, as I’d personally say this game has aged very well – like a very pleasant satisfying whisky.
Alucard


MORE : Games Inbox: Nintendo in decline on Switch, too much Assassin’s Creed, and Cyberpunk 2077 sequel