What are they, and are they still in use? 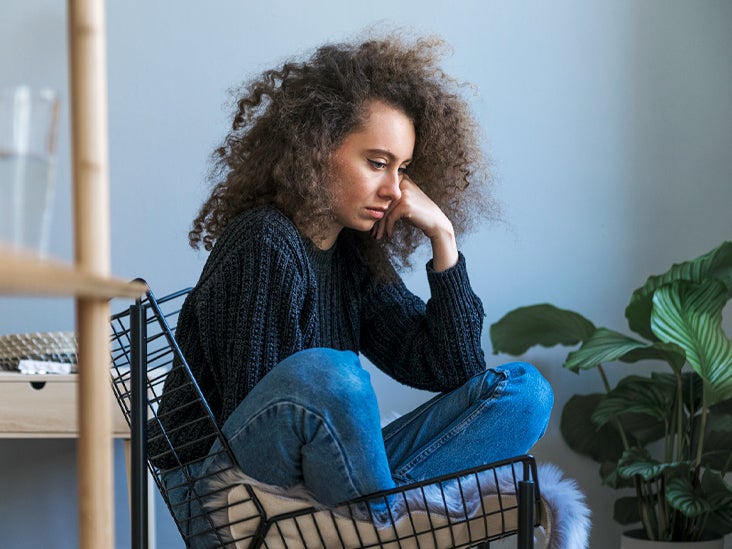 Schizophrenia is a mental health condition that affects a person’s thoughts and behaviors. The classifications and types of schizophrenia have changed over the years.

Thought- and behavior-related symptoms, such as delusions and hallucinations, determine the classification of the different types of schizophrenia.

Schizophrenia typically involves psychosis, which is a loss of connection with reality in some form. This may include hearing voices or holding false beliefs that may lead to paranoia.

This condition affects less than 1% of people in the United States. People usually receive their diagnosis between their late teens and early 30s.

The classification of schizophrenia types with the 2013 update of the manual that mental health professionals use to diagnose mental health conditions. This is called the Diagnostic and Statistical Manual of Mental Disorders (DSM).

The previous version, the DSM-4, described the following five types of schizophrenia:

The updated version, DSM-5, no longer uses these categories. The features of these types — including paranoia, disorganized speech and behavior, and catatonia — are still features of a schizophrenia diagnosis, but experts no longer consider them distinct subtypes.

Overlapping subtype symptoms and low diagnostic precision were among the reasons for updating the DSM classification of schizophrenia.

In 2022, the American Psychiatric Association published an updated version of the DSM-5 manual, DSM-5-TR. However, this version does not significantly change the classification of schizophrenia.

The DSM-5-TR helps mental health professionals diagnose schizophrenia by describing the key symptoms of the condition.

Under the DSM-5-TR classification, a person must display of the following symptoms for a significant length of time over 1 month to receive a diagnosis of schizophrenia:

The severity of a person’s schizophrenia will depend on the frequency and severity of each of these symptoms.

If the individual experiences catatonia, they may receive a diagnosis of schizophrenia with catatonia.

Mental health professionals use the same criteria to diagnose schizophrenia in adults and children.

Learn more about schizophrenia in childhood.

Schizophrenia is the most well-known condition of its type, but a range of conditions involve psychosis and other schizophrenia-like symptoms.

The DSM-5-TR lists schizophrenia alongside several other conditions that it groups under “schizophrenia spectrum and other psychotic disorders.” These conditions include:

The symptoms of schizophrenia may overlap with those of bipolar disorder, which is a condition that causes changes in mood, energy, activity, and behavior.

Learn how the symptoms of schizophrenia compare with those of bipolar disorder.

The DSM-4 classified the following types of schizophrenia as separate conditions, but experts have not recognized them as diagnostic categories since the publication of the DSM-5 in 2013.

Experts previously a person with paranoid schizophrenia as meeting the following criteria:

Delusions and hallucinations are still elements of a schizophrenia diagnosis, but experts no longer consider paranoid schizophrenia a distinct subtype.

Learn more about paranoia and schizophrenia.

For a person to receive a diagnosis of disorganized schizophrenia, they had to disorganized speech and behavior, as well as flat or inappropriate emotional expression. They also could not meet the criteria for catatonic schizophrenia.

Learn more about disorganization in schizophrenia.

Catatonia is a crucial component of catatonic schizophrenia. Catatonia is a type of syndrome that causes a person to have physical movements, behaviors, and withdrawal.

A person may appear excited or withdrawn. They may also display other symptoms, :

A person must have symptoms of catatonia to receive a diagnosis of catatonic schizophrenia.

Undifferentiated schizophrenia involved symptoms that fit into the paranoid, disorganized, or catatonic types of schizophrenia.

For a diagnosis of residual schizophrenia, experts used to refer to these criteria:

The same study found that the average prevalence of comorbidities in people with schizophrenia was 23%, with the comorbidity rate in the range of 4–50%.

A person with schizophrenia may have an increased risk of other conditions, cardiovascular disease and respiratory disease. This is due to a higher incidence of smoking and decreased engagement in health-promoting behaviors.

The typical age range for receiving a diagnosis of schizophrenia is .

A person will need to see a doctor to receive a diagnosis of schizophrenia. No single physical or lab test can confirm schizophrenia.

Instead, a doctor will ask a person about their symptoms and how long they have been experiencing them. They may also ask the person whether they have a family history of mental health conditions and whether the symptoms have worsened over time.

For a diagnosis of schizophrenia, a person must have of the following symptoms for a significant length of time over 1 month:

A person must also be experiencing social or occupational disruption, which must last for at least 6 months and include at least 1 month of symptoms.

A doctor may conduct a full psychiatric history and order blood and urine tests to rule out other possible causes of the symptoms.

There is no cure for schizophrenia. The current treatment options focus on helping people with schizophrenia their symptoms and maintain their day-to-day routine.

A person with schizophrenia will likely medication to help with their psychotic symptoms. These medications may be in pill, liquid, or tablet form. Some people may receive the medication as an injection once or twice a month.

A person may also receive benzodiazepines to help with anxiety symptoms and behavioral disturbances. These medications include:

CBT is a form of therapy that helps a person identify unhelpful behaviors and thoughts. It also provides the person with strategies to combat them.

CBT and other forms of therapy, such as art or drama therapies, may a person with the negative symptoms of schizophrenia and help prevent relapse.

Learn more about CBT and how it works.

A doctor will monitor a person taking clozapine, and the person will need to undergo blood tests due to the increased risk of agranulocytosis. This occurs when the body is unable to make enough white blood cells.

The average potential life loss for people with schizophrenia in the U.S. is 28.5 years.

Approximately 4.9% of people with schizophrenia die by suicide. This rate is significantly higher than it is among the general population. However, treatment and therapy may lower this risk in a person.

According to the WHO, at least one-third of people with schizophrenia experience complete remission of their symptoms.

Schizophrenia is a mental health condition that affects a person’s thoughts and behaviors.

Schizophrenia is a complex condition, and many related conditions have similar symptoms. A person with schizophrenia may also experience comorbidities, such as depression, cardiovascular disease, or respiratory disease.

The treatment options include antipsychotic medications and therapy, such as CBT.

If a person is concerned about the symptoms that they or a loved one is experiencing, they can find more resources from the or look for mental health services on the Substance Abuse and Mental Health Services Administration website.

Read the article in Spanish.