Which sporting events have been cancelled following the Queen’s death? 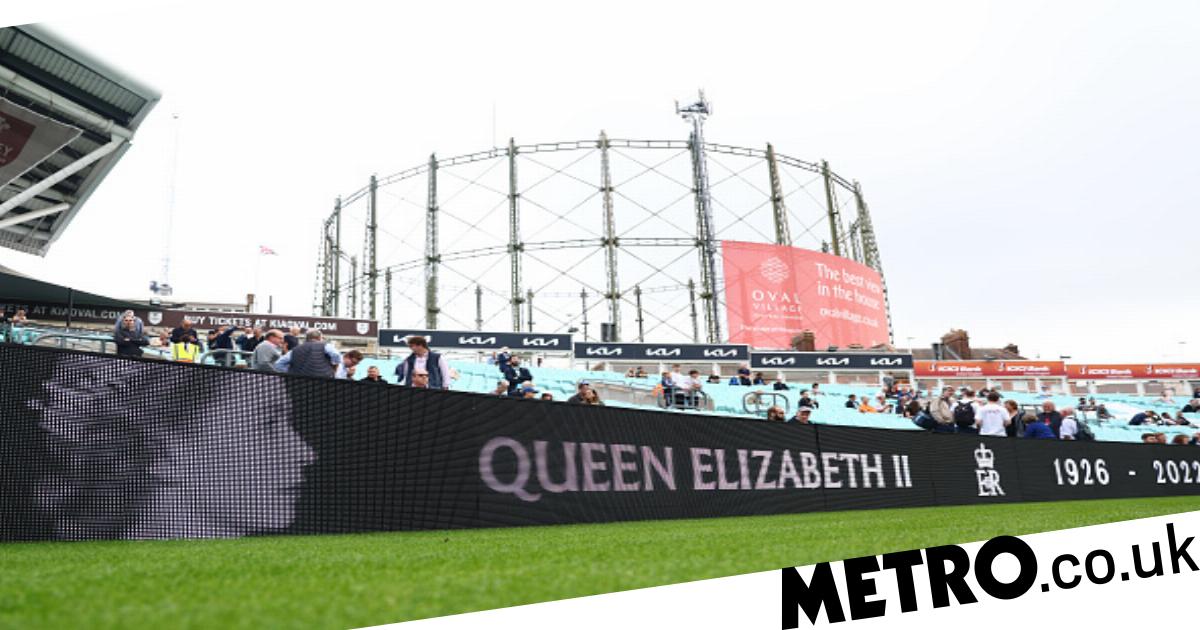 A host of sporting events and fixtures were cancelled following the death of Her Majesty Queen Elizabeth II on Thursday, September 8.

Guidance issued by the Government had stated there was ‘no obligation to cancel or postpone events and sporting fixtures’, with decisions made ‘at the discretion of individual organisations.’

However, sports bodies from around the country decided to postpone the action to pay respect to the monarch, who reigned on the throne for over 70 years.

Here are all the sporting events that have been cancelled or postponedfollowing the passing of Her Majesty.

All Premier League, English Football League and Women’s Super League fixtures were postponed over the weekend.

And controversially, all grassroot football across the country was also halted.

It is believed the Premier League decided to postpone last weekend’s fixtures over fears of crowd dissent during tributes to Her Majesty.

Chelsea vs Liverpool and Manchester United vs Leeds have both been postponed for the upcoming weekend, with authorities citing police resourcing issues.

Brighton vs Crystal Palace was postponed before the Queen’s passing due to planned rail strikes, and the game remains off despite the strikes no longer going ahead.

Arsenal’s Europa League group stage match with PSV, scheduled for Thursday night, has been postponed due to pressures placed on policing.

Brentford vs Arsenal has been moved back from 2pm to 12pm this Sunday, with Everton vs West Ham now starting at 2.15pm instead of 2pm on the same day.

The second day of the third England vs South Africa test match at the Oval was cancelled on Friday, September 9.

The hope was that the test match would resume on the Saturday with day two, but the tourists raised objections to this, citing logistical and fixture issues.

The test match resumed on Saturday as day three of five, before England wrapped up the match on day five to win the series 2-1.

The BMW PGA Championship saw play suspended on Thursday, September 8, and no play took place at all on Friday, but the competition resumed as a 54-hole event from Saturday.

The last day of the St Leger meeting at Doncaster was moved to Sunday, September 11.

The British Horseracing Authority decided to cancel all of Saturday’s (September 10) meetings, while Musselburgh races on Sunday were cancelled as the Queen’s body was lying in rest at Holyroodhouse in Edinburgh.

Racing at Southwell and Chelmsford on Thursday evening was cancelled in the immediete aftermath of the announcement.

Meetings at Hamilton Park, Warwick, Wolverhampton and Leicester will be postponed on September 19 for the Queen’s funeral.

Friday night’s opening fixtures of the Premiership were cancelled on September 9.

Sale’s home match with Northampton was moved to the Sunday, while Bath’s short trip to Ashton Gate to take on Bristol was moved to Saturday.

The Scottish Rugby Union postponed all domestic matches over the weekend and the women’s test match between Scotland and Spain was abandoned on Sunday, September 11.

The World middleweight title fight between Savannah Marshall and Claressa Shields, which was set to take place in London over the weekend, has been moved back to October 15.

Friday’s stage of the Tour of Britain was immediately cancelled when the news was announced, with the whole of the Tour called off later on Thursday evening.

The race had been due to end on the Isle of Wight on Sunday, with Gonzalo Serrano declared victorious based on the general classification standings.


MORE : England’s cricketers belt out historic rendition of God Save the King