Why does noisy kissing gross us out? An expert shares what to know 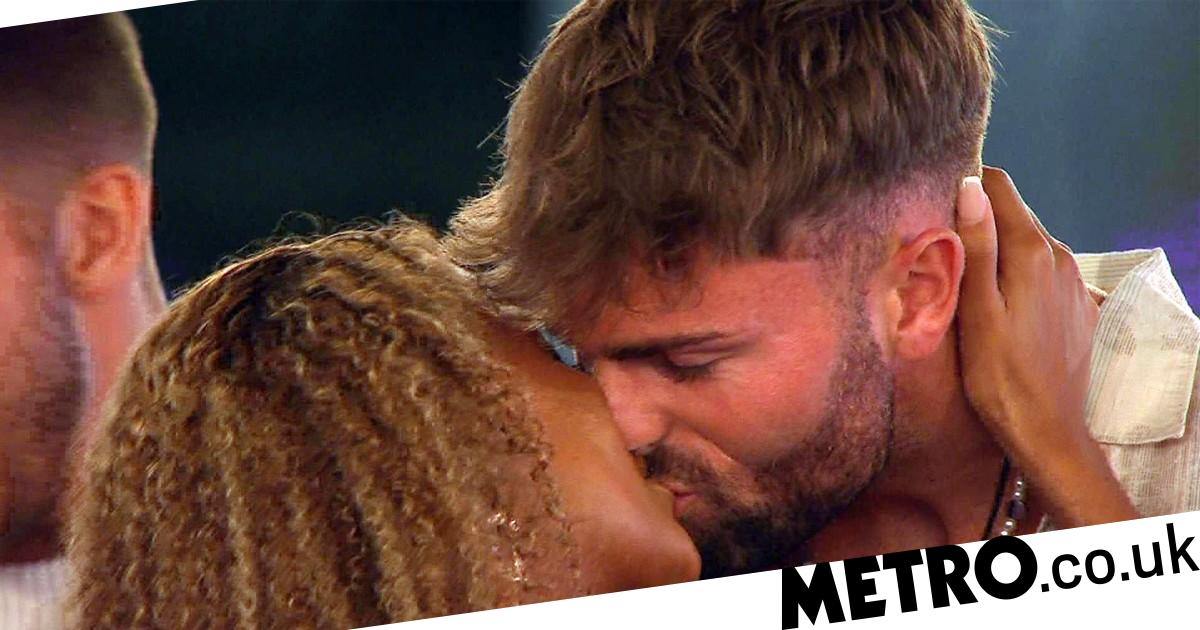 Love Island fans have taken to social media to express their horror at the disturbingly loud kissing noises coming from Tom and Zara in last night’s episode.

Sunday evening saw the couple share their first Love Island snog following Zara’s decision to couple up with Tom on Friday’s episode – but it’s safe to say that viewers were less than impressed.

Fans were left frustrated by the noisy, wet lip-smacking coming from the pair, complaining that the kiss was both too long and too loud.

And it’s not the first time fans have complained about the sounds coming from contestants.

One viewer said: ‘I see they didn’t take our advice to turn down the kissing noises. #LoveIsland’.

It seems that every year viewers take to Twitter to beg the sound engineers and producers to turn the microphones off during kissing scenes.

And last night was no different, with viewers making one overwhelming request: please turn it off.

But it wasn’t just the fans who were appalled by the sloppy sounds coming from Tom and Zara.

During last night’s Aftersun, host Maya Jama even spoke out about the make-out sesh, saying that the noises were making her ‘feel ill’.

So why exactly is this?

Why does noisy kissing make us queasy?

On the whole, on-screen kissing in scripted TV and film does not tend to give us the ick.

Most of us typically adore love and romance – as we root for our favourite on-screen protagonists to finally hook up and share an intimate moment.

But noisy kissing on reality TV does not elicit the same responses.

That’s because it’s not a carefully-curated, romantic movie-style kiss with the perfect backing music. So when it comes to this loud, unfiltered snogging on Love Island, it’s a massive turn-off.

‘There are multiple reasons as to why noisy kissing might give us the ick, ranging from a subconscious response to a physical impulse,’ Annabelle Knight, a sex and relationships expert at Lovehoney, tells Metro.co.uk.

‘Seeing other people kiss noisily grosses us out as it makes us feel as if we are encroaching on an intimate moment and evokes in us the same reaction as seeing PDA (Public Display of Affection), only amplified by the noise.

‘So if you are averse to PDA, then you won’t want to watch noisy kissing or engage in it yourself.’

But for some people, the sounds can evoke stronger reactions than simply feeling a bit disgusted.

‘If you have a really visceral reaction to noisy kissing, then you might have “misophonia”,’ adds Annabelle.

Misophonia, or selective sound sensitivity syndrome, is a condition where people experience extreme hypersensitivity to certain sounds other people make, such as eating, slurping, breathing and lip-smacking.

And while it’s fair to say that hearing loud smooching on TV might not be for everyone, it can be even worse when it’s coming from your own date.

What can you do if the person you’re snogging is a noisy kisser?

If your partner is a noisy kisser – or indeed does anything that you don’t like or find irritating – then you simply have to suck it up and talk to them, says Annabelle.

She adds: ‘You can tell them that you don’t like it without being offensive, and your relationship will ultimately be better off for it.

‘Bottle it up, and it might end up putting you off completely.’


MORE : ‘I went through the long Love Island audition process – here’s what happens when you get brutally rejected’


MORE : ‘It’s all that saliva swooshing around:’ People share why they hate French kissing


MORE : What is the backshot sex position that a Love Islander says is her favourite?