William Klein, photographer and filmmaker, has died at 96 : NPR 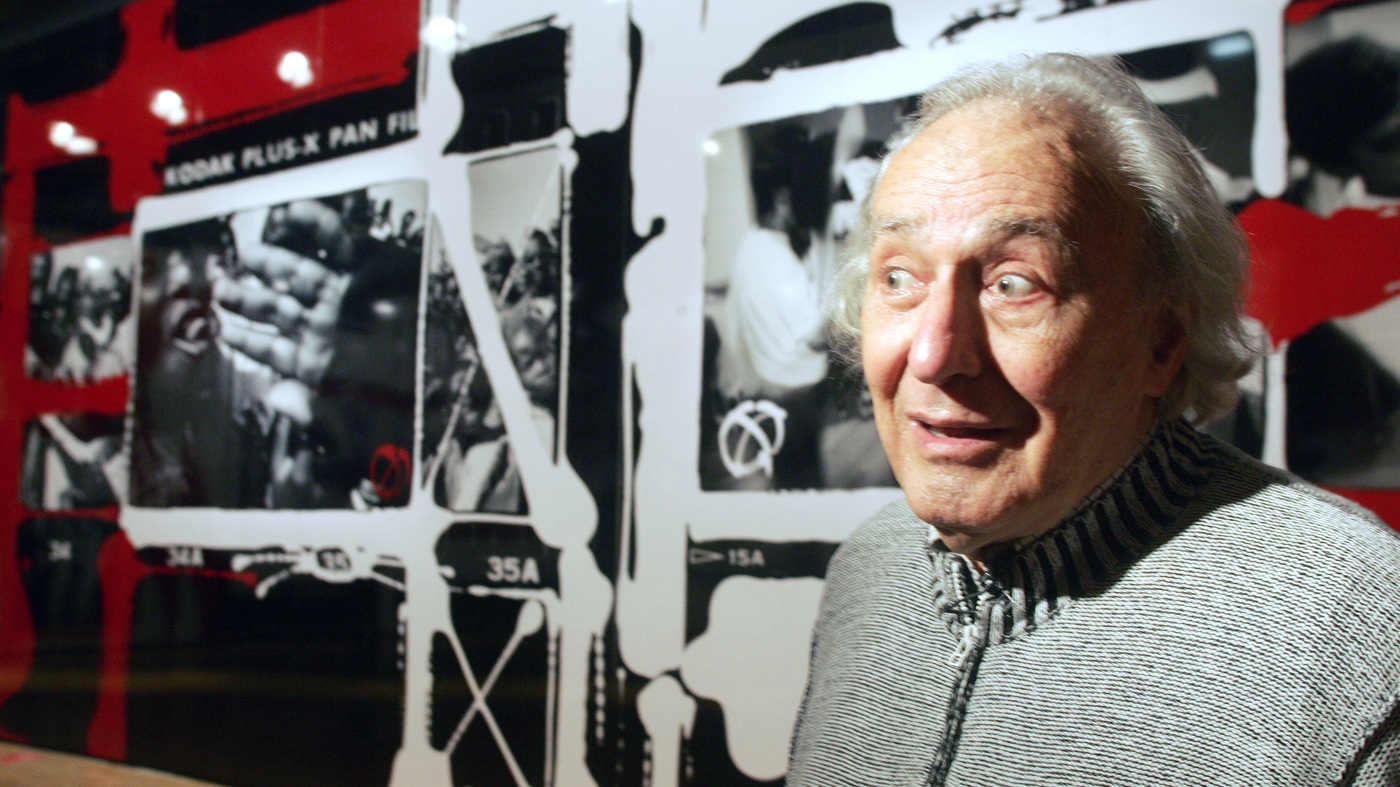 Photographer, filmmaker, painter and graphic designer William Klein at a press event in Paris in 2005. Klein died Saturday at age 96.

Photographer, filmmaker, painter and graphic designer William Klein at a press event in Paris in 2005. Klein died Saturday at age 96.

One of William Klein’s early mentors, artist Fernand Leger, told him: “Get out of the galleries. Look at buildings; go out onto the street.” That is exactly what Klein did — and he went on to become one of the most influential photographers of his generation, channeling the kineticism of cities including New York, Paris, Tokyo and Moscow in his work.

Klein died Saturday at age 96 in his adopted city of Paris, his son Pierre Klein announced. His death came during the last few days of a major retrospective show at the International Center of Photography in New York, which was scheduled to close Monday.

Born in 1926 in New York, Klein attended the City College of New York before joining the army in 1946. He won his first camera in a poker game while stationed in Germany. Two years later, he relocated to Paris, and studied abstract painting and sculpture at the Sorbonne thanks to the G.I. Bill; it was there that he met and studied with Leger.

In the mid-1950s, Vogue magazine first published some of Klein’s acerbic and even satirical photographs, which led to a long-lasting and deep connection with the fashion world.

His first photography book, Life is Good and Good for You, was published in 1956; he was soon hailed as a major new force, and a stream of other books followed. Although he was primarily known as a still photographer, Klein also made a number of films, including 1969’s Muhammad Ali, The Greatest.

Some of Klein’s work is in the collection of the Metropolitan Museum of Art, the Museum of Modern Art and the Whitney Museum of American Art in New York; the Centre Pompidou in Paris; and the J. Paul Getty Museum in Los Angeles. In 1989, he was appointed a Commander of Arts and Letters by the French government.