Woman, 93, dies after being served dishwashing soap instead of juice in care home – National 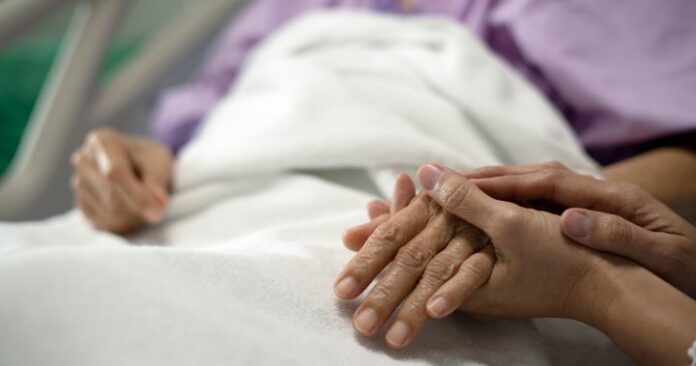 A resident of an assisted living facility in California died and two others were hospitalized after the care home’s staff accidentally served them dishwashing liquid instead of juice, officials say.

On the evening of Aug. 28, local police were dispatched to the Atria Hillsdale care home in San Mateo, Calif., after receiving a report “of a female being poisoned,” according to a statement.

Police learned that three of the residents had been hospitalized after ingesting toxic chemicals. One of the poisoned seniors, a 93-year-old woman, later died in hospital. Police did not provide any information about the condition of the other two seniors.

‘Frustrating’ and ‘devastating’: The domino effect of family doctor, LTC shortages on ERs

In a statement to CBS, Atria Hillsdale confirmed that the residents were poisoned after staff mistakenly served them detergent as juice. The facility said it has suspended the employees involved but did not explain how the fatal mistake happened.

“We can confirm three of our residents were recently transported to the hospital after mistakenly being served dishwashing liquid as drinking juice. We have been working with local authorities, who have informed us that one resident passed away. Our sincerest condolences are with the family,” the care home wrote.

“When this occurred, our staff immediately contacted authorities, and the residents were transported to the hospital for evaluation and treatment,” Atria Hillsdale added. “We are conducting our own internal investigation, and the employees involved have been suspended until this investigation concludes.”

The assisted living facility declined to comment further, “out of respect for the people involved,” but maintained that “the safety and well-being of our residents remain our top priorities at all times.”

The incident is being investigated by the San Mateo Police Department and the California Department of Social Services Ombudsman, with the cooperation of Atria Hillsdale.

The daughter of the deceased woman spoke with San Francisco news outlet KRON-TV and identified her mother as 93-year-old Gertrude Elizabeth Murison Maxwell.

The daughter, Marcia Cutchin, told the outlet that Maxwell had dementia and needed others to feed her.

“Many people like my mother, you have to hold a cup to her mouth and tip it into her mouth,” Cutchin said.

When Maxwell arrived at the hospital, Cutchin said she had “severe blistering of her mouth and throat and esophagus.” Cutchin said that medical staff told her family there was nothing they could do to treat Maxwell’s injuries.

According to Cutchin, Atria Hillsdale told her that the residents had ingested an “alkaline cleaning solution that eats protein.”

Maxwell leaves behind eight children and 20 grandchildren. The family is dismayed about Maxwell’s treatment at the facility, saying they chose Atria Hillsdale because of its good reputation.

“That facility was very highly regarded and very expensive,” Cutchin said. “You do those things to ensure that there’s a higher level of care.”

2:17
Quebec investigating allegations of mistreatment and neglect at Résidences Floralies