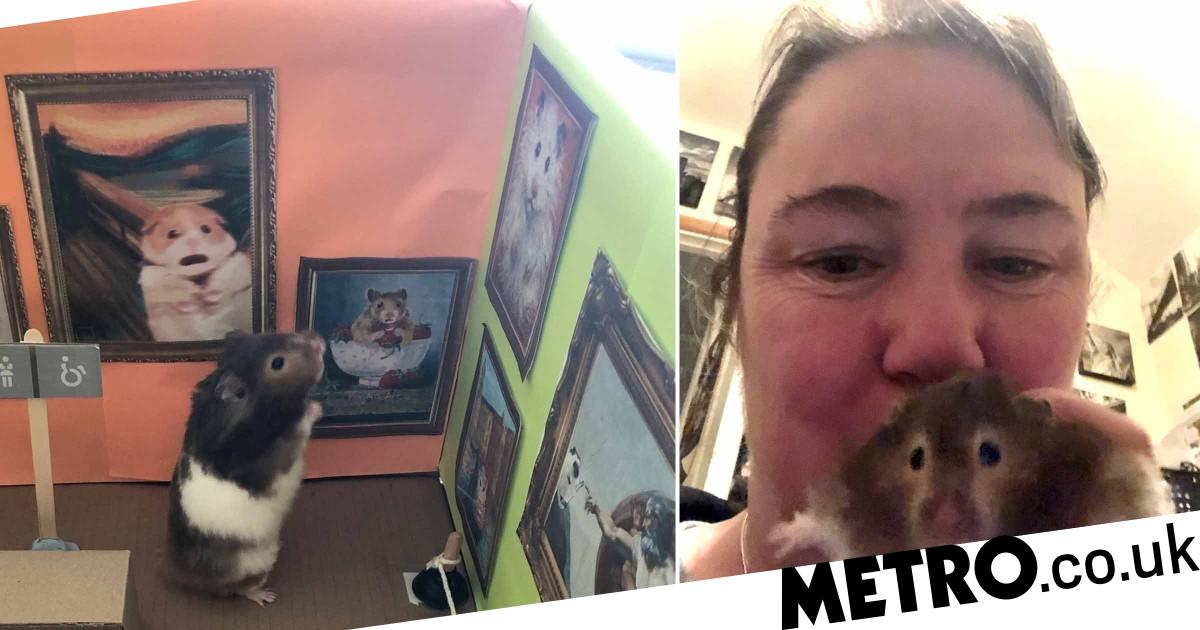 Lisa Murray-Lang, 46, was devastated when her beloved hamster Spud passed away in March 2022.

The little guy died of natural causes at the grand old age (for hamsters, anyway) of three years and seven months.

Now, Lisa wants to give the little guy a very special send-off, so she and her husband are planning to fly all the way to Honolulu in September, where they’ll spread Spud’s ashes.

Lisa, a professional dog walker, explains that the trip will also take the couple via ‘Hamsterdam’, as she calls it.

She said: ‘We’re going to take him down to the beach, play Beyoncé’s song I Was Here while we scatter his ashes and leave a message in the sand saying “Spud visited”.

‘It’s the perfect send-off for him – he’ll finally get to come along on a real holiday for once.’

Lisa expects the trip to scatter Spud will cost  £3,500 in total, and it’ll include other stops on the way to Kahanamoku Beach, Waikiki.

Lisa, from Birmingham, absolutely adored little Spud throughout his life, and would make miniature ‘locations’ for him to visit around her home.

She made mini versions of places like London, Paris, Hawaii and even Coronation Street during lockdown so the Syrian hamster could play in them.

She made every element of these little sets by hand using cardboard and dolls, with some of them even featuring hamster-themed artwork.

Other particularly impressive crafts of hers included Hogwarts – or ‘Hamwarts’ – castle from the Harry Potter films, and a mini version of No.10 Downing Street.

Lisa said: ‘The average age a hamster will live to is about two and a half years – so it’s amazing really that he kept going for so long.

‘He really gave us a reason to get out of bed in the morning, particularly during the lockdown when work stopped. He was a real part of the family.

‘He might have only stayed at home during his life, but he managed to visit lots of places.

‘The Hawaii set was always Spud’s favourite – he loved the sand, especially given at the time it was winter and we were all surrounded by snow at the time.’

Get in touch by emailing MetroLifestyleTeam@Metro.co.uk


MORE : Cuddle cute rescue dogs all day and raise money for pugs at this London café

Don’t Ignore These Early Signs And Symptoms Of Pancreatic Cancer

How to break up with your hair extensions and avoid damage

Apple Unveils Audiobook Collection Narrated By AI: How It Works