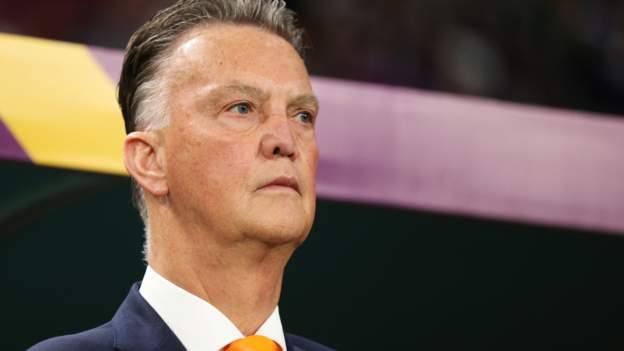 Louis van Gaal is a taste many football purists in the Netherlands still struggle to acquire but he can counter the complaints with results as he successfully plotted the route into another World Cup quarter-final.

Van Gaal is fighting off the same charges of negativity that he faced when taking the Dutch to third place in the 2014 World Cup, when they only lost on penalties to Argentina in the semi-final.

This vastly-experienced coach was typically forthright in his response to his detractors. And the 3-1 win against the United States in the last 16 here in Qatar means he has now gone 19 games unbeaten since replacing Frank de Boer in August 2021 to start his third spell as Netherlands coach.

The Netherlands produced a ruthless display of finishing to punish a wasteful US side and it was a satisfied Van Gaal who packed away his trademark notebook and pen before a cursory wave towards the stands after victory was complete.

Van Gaal is a notoriously hands-on micromanager of a coach, which those so beloved of the Dutch’s famous ‘total football’ believe removes freedom of expression and flair.

There is no doubt his methods and straight-talking manner do not win him unanimous favour but there is also no doubt he gets results at this level, which means the Dutch are not a team to be under-estimated.

And Van Gaal is still on course to make his biggest statement of all to those who question him as he moves into the closing stages of the World Cup once again.

The Netherlands did not exactly light up the group stages but they finished top of their section, beating Senegal and Qatar while drawing with Ecuador and here they are again. Here is Van Gaal again.

Van Gaal will never be burdened by modesty about his achievements in the game but he has a lot to be immodest about.

And, of course, Van Gaal won the FA Cup with Manchester United in 2016.

It is still odds against that Van Gaal can pull off the greatest triumph of all, given those countries still in the World Cup, but if the Dutch fail it will not be through their coach’s lack of confidence.

The big plus was this was their best performance so far, containing a goal that will have the purists purring in Van Gaal’s homeland.

Christian Pulisic had already missed the US’ best chance before the Netherlands pieced together a magnificent 21-pass sequence in their truest traditions, Memphis Depay giving the move the flourish it deserved when he converted a cross pulled back by Denzel Dumfries.

Dumfries was provider again with a similar pass from the right wing on the stroke of half-time, with Daley Blind the beneficiary.

The US snatched a lifeline with Haji Wright’s freakish deflection before Dumfries got the goal he deserved for all his creation, Blind repaying the compliment with a cross his fellow defender met on the volley at the far post.

It was a graphic demonstration of what Van Gaal’s team can produce as, for all the criticism of conservatism, there is skill and quality throughout this team.

Van Gaal has a world-class defensive leader and captain in Liverpool’s Virgil van Dijk, who is clearly a great influence on Nathan Ake alongside him, while Dumfries and Blind provide potent attacking options from the full-back positions in the Dutch counter-attacking game.

Inter Milan defender Dumfries deservedly won the player of the match accolade, Van Gaal’s main weapon as the left side of th US defence was brutally, and repeatedly, exposed.

Frenkie de Jong gives measure and authority in midfield while Cody Gakpo, one of the emerging stars of this Qatar World Cup, is a serious threat alongside the rejuvenated Depay.

Depay, 28 and often remembered for his failed spell at Manchester United, was menacing throughout, scoring one goal and almost getting on the scoresheet again.

He is currently surplus to requirements at Barcelona after he joined them from Lyon in June 2021. That move followed a successful spell in France, where he scored 76 goals in 178 games over four seasons.

Depay has even been linked with an unlikely return to Manchester United and he will surely attract further attention if he can give more eye-catching displays such as this.

There was certainly a hint of Manchester United days gone by in this win, as the goals were scored by former Old Trafford duo Depay and Blind with the whole show overseen by ex-manager Van Gaal.

Van Gaal, in typically spiky form, insisted before the match that if he listened to the Dutch media then he would never believe the country that lost finals in 1974, 1978 and 2010 would ever win a World Cup.

If there is one man aboard the team coach that left Khalifa International Stadium in Doha on Saturday who does believe the Netherlands can win the World Cup, it is Louis van Gaal.

And it is this concrete-clad confidence that makes him one of most successful, interesting and intriguing figures in the game.

Get the latest results and goal notifications for any team at the Fifa World Cup by downloading the BBC Sport app: Apple – Android – Amazon