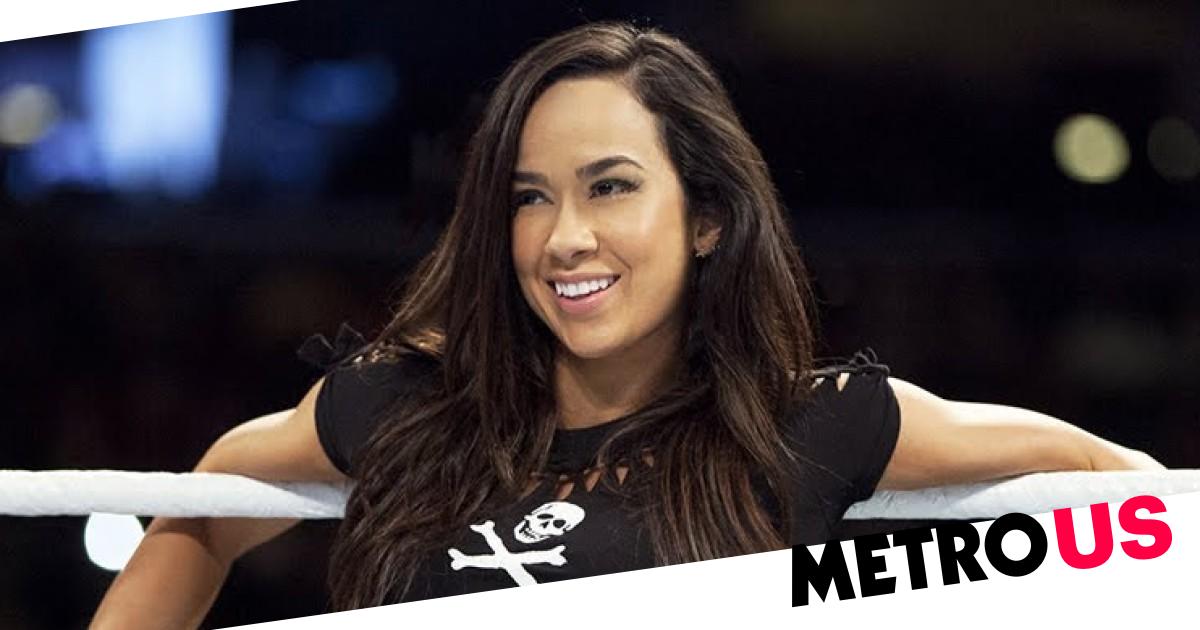 The former Divas Champion, who has dyed her hair plenty of times in the past, has shared a selfie of her latest change and revealed a blue mane as she gazed off camera.

‘Just blue myself,’ she quipped in the caption, referencing an episode of Arrested Development when Tobias Funke (played by David Cross) paints himself to try and join the Blue Man Group, which he initially thought was a support group for depressed men.

CM Punk left fans laughing as he replied: ‘You what now?’

Her followers and fellow stars were delighted with the new look, as AEW star Saraya – known to WWE fans as Paige – commented with a string of applauding emojis.

The retired wrestler – whose real name is AJ Martinez – has returned to the business through her involvement in the revived Women of Wrestling promotion, but she has previously snubbed the idea of an in-ring comeback.

‘I’m going to keep it feeling great by not wrestling. I hurt my neck really bad the last year, and when it happened in the ring, I thought I was paralysed, which was the scariest thing ever,’ she told Renee Paquette on an episode of The Sessions.

AJ hasn’t wrestled since the Raw after WrestleMania in 2015 when she teamed with Paige and Naomi in a winning effort against the Bella Twins and Natalya.

Later that week, she brought her eight-year in-ring career to an end, while an injury suffering during her last year means she will never step between the ropes again.

Reflecting on the match in question against Paige, she explained: ‘I f**ked up her move. I like, jumped a little early and I landed on the top of my head, couldn’t feel my legs, and they were like, “You gotta sell to hard cam,” and I was like, [whispering] “I can’t feel my legs”.

‘And then I just roll over and sell to harm cam. And then I got my feeling back and went to the doctor, it turned out three of my discs are so compacted it is shutting off a nerve, so my hands just go numb randomly.’

How Can You Protect Seniors From Winter Cold?