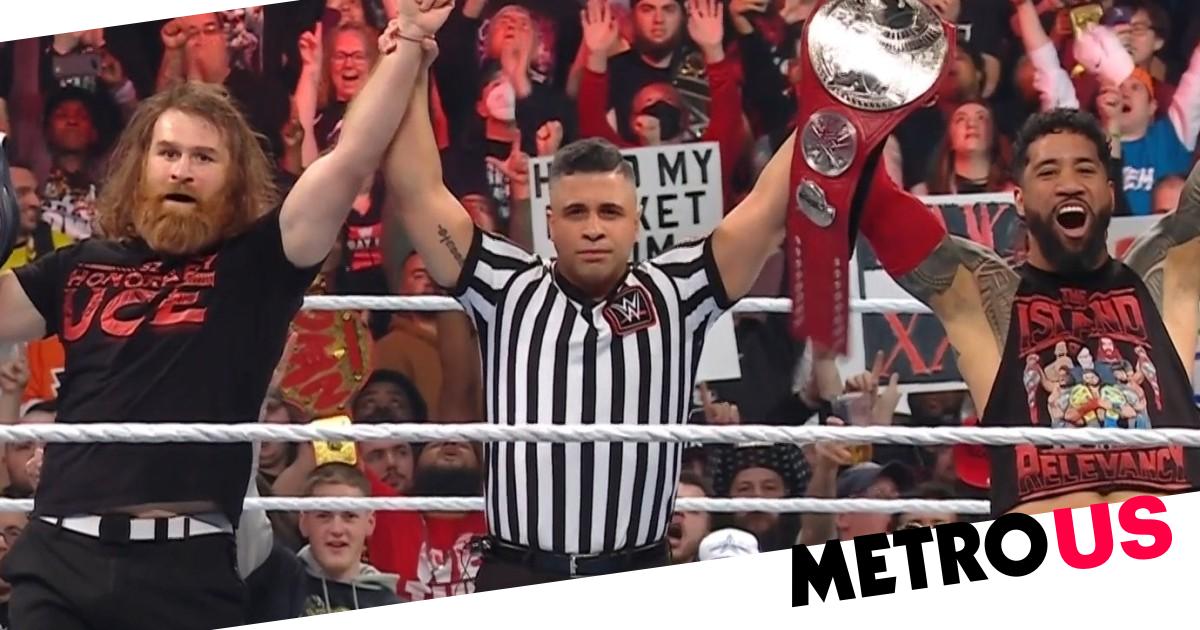 The Honorary Uce found himself representing The Bloodline after The Usos’ Raw Tag team Title defence took a terrible turn when Jimmy was clutching his leg after a suicide dive.

Although the injury appeared to be part of the show, the referee threw up the ‘X’ symbol typically reserved for legitimate accidents as officials came to help Jimmy to the back.

Official Adam Pearce rushed out and warned that if he couldn’t continue, the brothers would have the forfeit the match and thus the championships.

However, Sami – with the backing of the packed Philadelphia crowd – suggested he could step up and fill in for the remainder of the bout against The Judgment Day duo Damian Priest and Dominik Mysterio.

The bout itself was fantastic from start to finish, and adding Sami to the closing stretch only served to amp up the excitement for each and every near fall.

In the end, Sami and Jey combined to hit the Usos’ 1-D finishing move for a huge win to retain the gold.

It was a huge moment as the storyline continues to take so many twists and turns, and that proved true earlier in the night as Sami faced a court trial at the hands of The Bloodline.

Paul Heyman got things started for the prosecution, presenting four exhibits/pieces of video footage claiming it showed the Honorary Uce wasn’t really on their side after all.

Roman Reigns appeared convinced by his evidence and ordered Solo Sikoa on the attack after Sami couldn’t mount his own defence, but Jey Uso put a stop to that and spoke out in favour of the Honorary Uce.

He did enough to convince the Tribal Chief, who declared Sami ‘not guilty’ but said after Raw, he didn’t want to see him again until the Royal Rumble this weekend – a night which will act as his final test.

WWE Raw airs Monday nights at 1am on BT Sport 1.