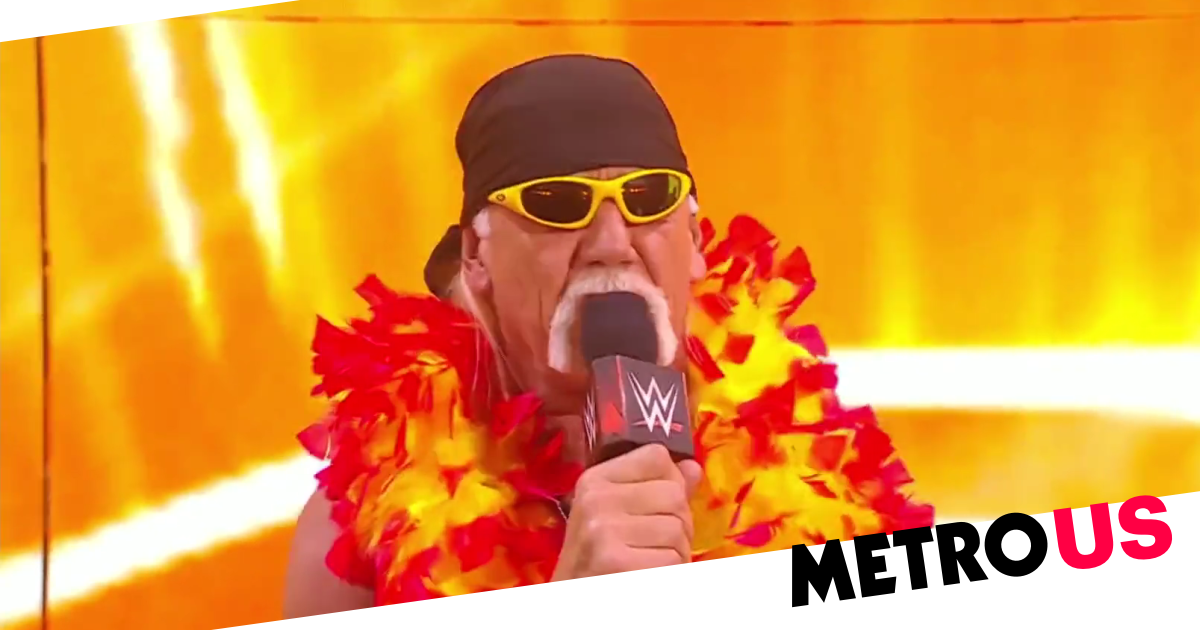 The two-time Hall of Famer hadn’t been seen on screen since he was met with a chorus boos when he co-hosted WrestleMania 37 alongside fellow Tampa star Titus O’Neil in 2021.

His iconic Real American theme music blared out to signal the beginning of this week’s Raw 30th anniversary show as he came out onto the stage with his longtime friend and manager Jimmy Hart.

‘Let me tell you something, WWE Universe,’ he began after making his entrance to an admittedly strong ovation, but issues with his microphone meant it was hard for fans to get too into what he was saying.

‘We celebrate 30 years of Monday Night Raw,’ he powered on. ‘Then, now and forever.’

A stagehand raced out with a replacement and The Hulkster seamlessly pushed on, concluding his speech with: ‘All I have to say, is whatcha gonna do when Hulkamania, 30 years of Monday Night Raw, and those Philadelphia Eagles run wild on you, brother?’

This is a breaking news story, more to follow soon… Check back shortly for further updates.

For more stories like this, check our entertainment page.

Follow Metro.co.uk Entertainment on Twitter and Facebook for the latest celeb and entertainment updates. You can now also get Metro.co.uk articles sent straight to your device. Sign up for our daily push alerts here.