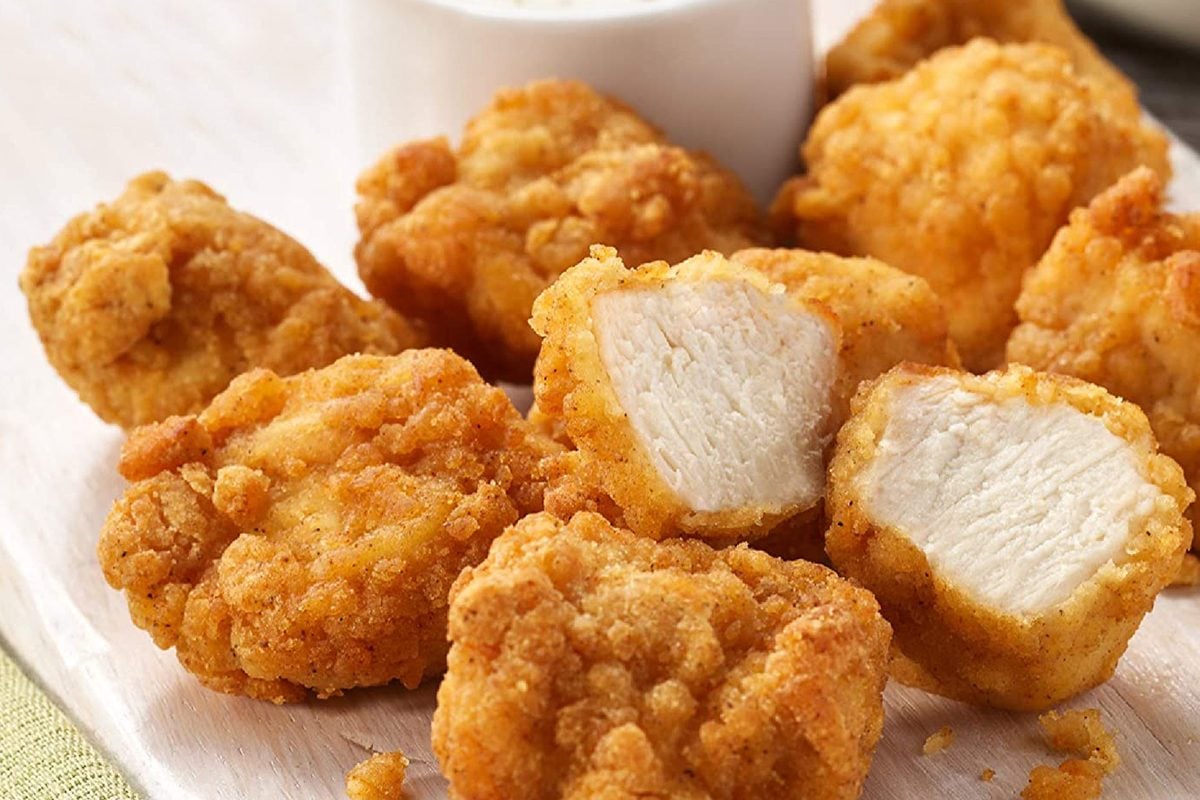 Chick-fil-A’s nuggets are ridiculously popular. Each one is golden, crispy and loaded with flavor! But to keep our diets well-balanced, we try to limit our trips to the drive-thru. Even though we’ve gotten our hands on a solid recipe for copycat Chick-fil-A chicken nuggets, part of the draw of fast food is that it’s, well, fast.

I needed a way to recreate the Chick-fil-A experience, without having to do much work—and I found it at Costco.

Falling on the list of things we aren’t buying at Costco but should be, Just Bare’s lightly breaded chicken breast chunks are a perfect dupe of Chick-fil-A’s famous nuggets. Made with boneless, skinless white meat chicken breasts, they have the flavor and crunch we look for at Chick-fil-A with slightly less breading. But most importantly, they don’t require us to get dressed and go to a drive-thru.

It’s irksome when someone promises that a recipe hack or frozen food item will taste just like something else we already know and love. This is especially true with Chick-fil-A, because their nuggets are pretty unique. They have a distinct shape and their breading is lighter and crisper than what we find at other fast-food spots.

The Just Bare chicken breast chunks do not disappoint in taste or texture, especially when paired with a copycat Chick-fil-A sauce. No wonder they did so well in this chicken nugget taste test!

How to Make the Costco Chicken Nuggets

These can be fried, of course, like the fast-food version, but making them at home does present an option to keep things healthier. You can bake them in the oven or use an air fryer for a crisp but oil-free approach. Just throw them in the air fryer for 8 minutes at 350°F or in the oven for around 23 minutes. They’re even microwaveable! These are definitely one of Costco’s best-kept secrets.

Where Else Can I Get ‘Em?

If you don’t have a Costco membership or aren’t prepared to find freezer space for a four-pound bag of chicken nuggets, look for the Just Bare nuggets at major grocery stores around the country. Depending on where you’re located, you can even order them on Amazon.

You just may want to pick up the Just Bare spicy chicken fillets while you’re at it, and make a DIY version of a certain famous spicy fried chicken sandwich, too.